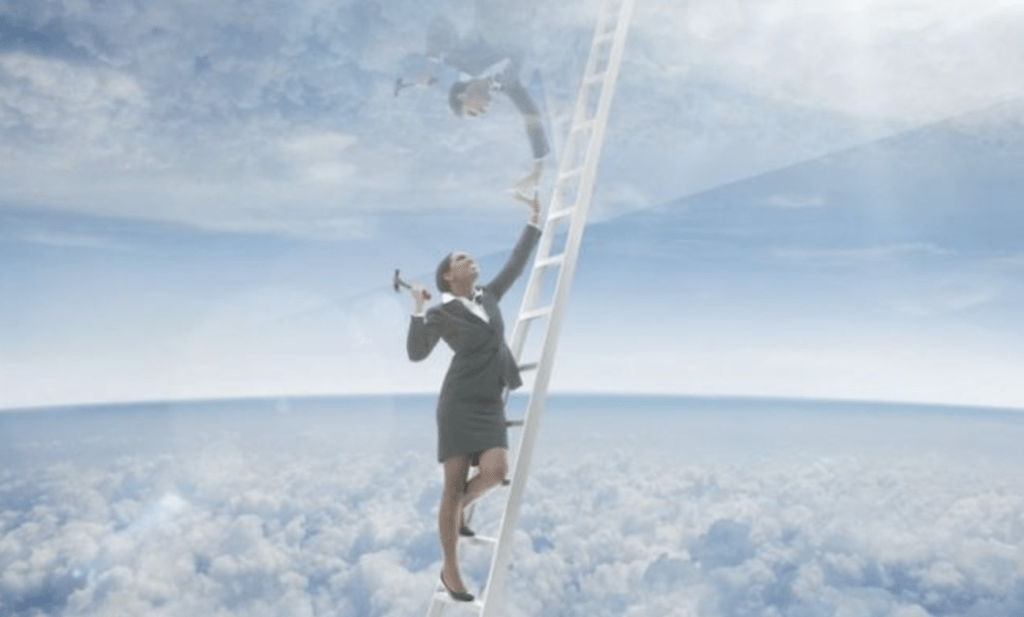 You might be feeling the effects of the glass ceiling. The glass ceiling is the unofficially acknowledged barrier to advancement in a profession, especially affecting women and members of minorities.

These 5 female speakers have not only cracked, but shattered the glass ceiling allowing an entrance for other women in the workplace. 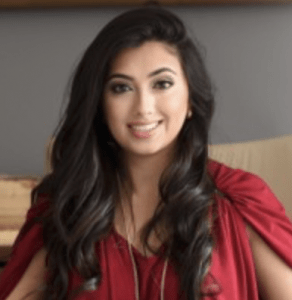 As the CEO of Zen Media, Shama shattered the glass ceiling from the very beginning. Zen Media is a global marketing and digital PR firm. She has continued to guide Marketing Zen Group’s annual growth an average of 400% since 2009. Shama has earned herself a few titles along the way, including, “Zen Master of Marketing” by Entrepreneur Magazine and the “Millennial Master of the Universe” by FastCompany.com. She also holds the great honor of being recognized at the White House. She was also honored at The United Nations as one of the top 100 young entrepreneurs in the country.

Shama as a speaker

Out of the office, she travels the world as a keynote speaker, talking about a wide range of topics. Some of these topics include marketing, technology, entrepreneurship and rebranding. She focuses on both B2B and B2C brands helping them with modern-day connections. Shama realizes that old sales and marketing strategies just don’t always work in the modern age. She has figured out the strategies and tactics needed to make an impression on this generation. The way that you need to sell, reach and manage digital trendsetters has grown and changed.

In her presentations, she describes this new way of connecting with the digital age as the Youth Boom. She realizes that within the next decade the current youth are going to be the ones integrating themselves into the workplace. Shama wants to offer her expertise to help workplace leaders better plan for the future. 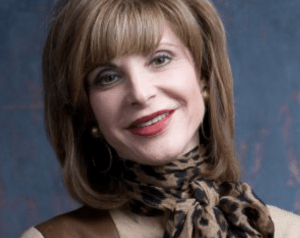 Christine is an industry leading salesperson, with expertise in the art of sales and negotiation. As an author of many books, her 8th book is one that audiences will be sure to remember. “Let’s Close a Deal: Turn Contacts into Paying Customers for Your Company, Product, Service or Cause,” helps you see how she has climbed her way up the corporate ladder, but more importantly how YOU can turn those lessons, tips and tricks into money makers.

She has done more than just teach audiences how to sell products and services. She teaches them how to market themselves. By 40 years old, she became the Senior Executive Vice President for The SPAR Group, an international merchandising and information services firm in New York. This is direct proof that she’s amazing at her job, but also knows how to sell herself to a room.

She had been the top salesperson in the multi-billion dollar retail services industry for over eight years. Some of her accounts included Kmart, Toys ‘R’ Us, Wal-Mart, AT&T, Mattel Toys and Revlon. She took her company from a million dollar per year loss to over $54 million in sales. She decided to take her own lessons and sign the largest contract in the history of her industry with Procter & Gamble, doubling the size of her company overnight.

Christine as a speaker

Christine has many other accomplishments that she hits on during her presentations. To showcase her speaking skills, in 2002, she received her Certified Speaking Professional (CSP) designation from the National Speakers Bureau. Less than 7% of the 5,000 speakers who belong to the International Federation for Professional Speakers hold this professional designation.

With a multitude of presentations, Christine has shattered the glass ceiling and is sure to be a great speaker for your event. If you want someone who can not only motivate your audience to make change, but give them the steps to do it, then Christine is the one for you. 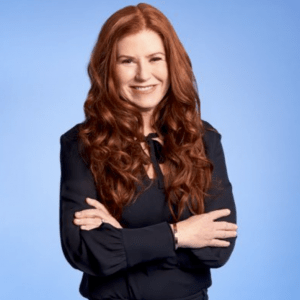 Mentoring is Kara’s greatest talent. Beyond all of her entrepreneurial endeavors and successes, she has turned those lessons into teaching moments. In 2016, she launched The Kara Network, a digital resource and mentoring platform for entrepreneurs.

Kara holds the Ernst & Young Entrepreneur of the Year Award from 2017 for Northern California, is one of Fast Company’s Most Creative People in Business, Fortune’s Most Powerful Women Entrepreneurs, Forbes’ 40 Women to Watch Over 40 and she is one of Huffington Post’s six disruptors in business, alongside Steve Jobs and Mark Zuckerberg.

Kara runs a private Facebook Group for women entrepreneurs to offer advice and share in each other’s successes.

In addition to all of her successes, she is also a huge health advocate. She teamed up with Michelle Obama to launch the “Drink Up” initiative, a movement that encourages everyone to drink more water more often. After her work with Michelle Obama, Kara was offered a two-year term as a member of the National Advisory Council on Innovation and Entrepreneurship during the Obama Administration.

Kara as a speaker

Kara is a sweet woman with the determination to help others succeed. Her praises go far beyond the workplace, and her ability to mentor to success is what makes her a great audience pleaser. For Kara, mentoring and entrepreneurship go hand-in-hand. What does it matter if you have the tools, but don’t share it with anyone else? 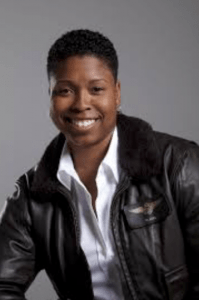 Vernice, better known as “FlyGirl” was the first African American woman to become an American combat pilot. She started out as a beat cop and moved on to becoming a combat pilot within three years. Beginning in 2007, she has inspired numerous organizations and people to take risks and make gutsy moves. She has always believed that these gutsy moves are what create breakthrough results.

As a former United States Marine Corps officer she was also the first African-American naval aviator in the Marine Corps. She has been gutsy since the beginning.

She has had numerous story-worthy experiences, and now she spends her time helping others identify and pursue their dreams.

Vernice holds two honorary doctorates, was a Diversity Liaison Officer to the Pentagon for Headquarters Marine Corps, graduated from Middle Tennessee State University and is a member of the COMCAST/NBCUniversal Joint Diversity Council.

With a multitude of awards on her back as well, Vernice is more than just the first woman combat pilot. She pioneered history, broke records and has then decided to share her stories and lessons with the world.

Her first book, “Zero to Breakthrough” was released in 2011.

FlyGirl as a speaker

As a keynote speaker, Vernice knows how to draw a crowd in and make them want to stay. Her way with words, the experiences she gets to speak on and her personality help bring out the best in your audience, and that translates into your workplace.

She has had a lot of firsts in history making. In addition to this a few other titles she holds are a Camp Pendleton Female Athlete of the Year, two-time title holder in their Strongest Warrior Competition and a running back for the women’s pro football team, the San Diego ‘Sunfire.’

However, despite all of her accomplishments, history markers and gutsy moves, she says giving birth to “FlyBaby” in 2015 was her gutsiest move to date. 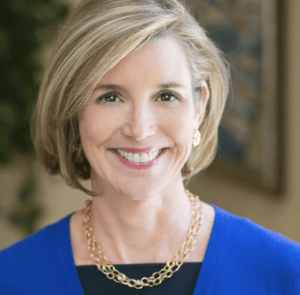 Holding a Wall Street record is rewarding enough. Holding the title of being the most senior woman on Wall Street is even better. That’s exactly what Sallie is. She took Wall Street by storm and didn’t let the fact that she was a woman lessen her thunder.

She is the CEO and Co-Founder of Ellevest, an innovative digital investment platform for women. Before she started her journey as an entrepreneur she was the CEO of many companies, including Merrill Lynch Wealth Management, Smith Barney, US Trust, Citi Private Bank and Sanford Bernstein.

Sallie as a speaker

Sallie speaks on how diversity in the workplace is no longer just a fairness issue, but instead has become a significant driver in business and sales. Over time there has been the realization that diversity brings in business by more diverse groups of people.

Working as CEO for financial giants in their best and worst moments has given Sallie the insight she needed to run her own businesses and help others start their own. Her presentations are impactful, filled with stories, stricken with sharp insight and laced with laughter.

Interested in booking a record breaking, glass ceiling shattering speaker who will motivate your audience to reach record success?