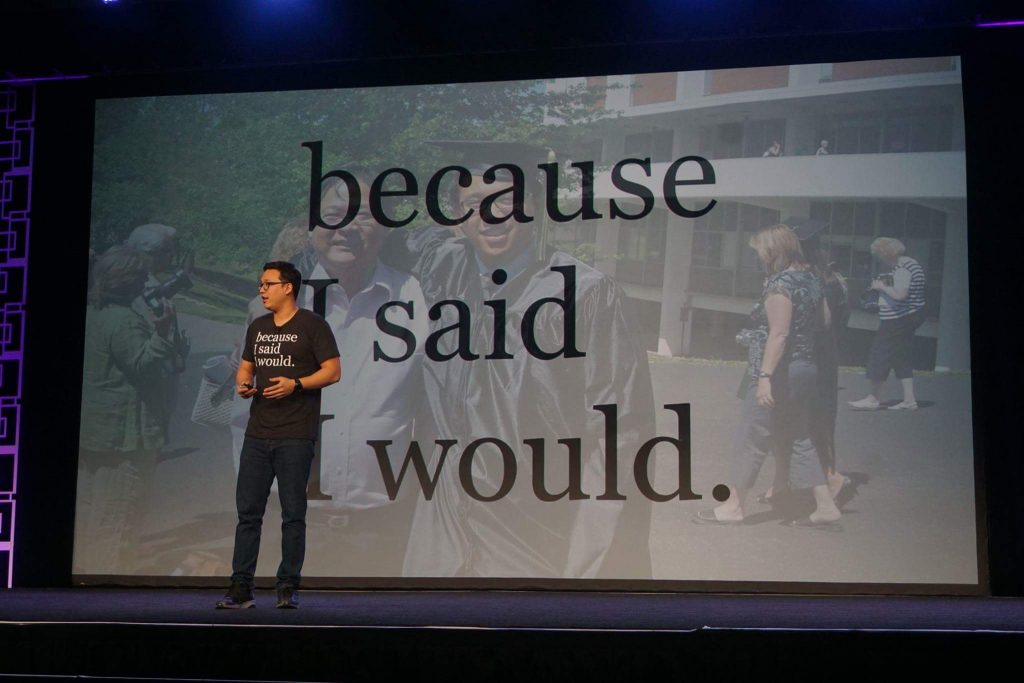 Alex Sheen is a keynote Speaker and advocate for humanitarian efforts. He is also the founder of “Because I said I would” – an international social movement named after the title of his father’s eulogy.

Sheen’s father died of small cell lung cancer on September 4, 2012. His father was a man of his word, so Sheen titled his father’s eulogy “because I said I would.” Inspiring millions around the world to keep their promises, the movement began with handwritten promise cards, sent to show commitment and honor.