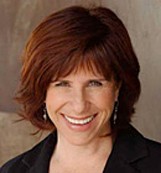 Lighten up the Workplace, by Judy Carter

Judy Carter is an author, and motivational humorist speaker. She inspires people to use their sense of humor to transform problems into punch lines so they can decrease stress, increase profits, without gaining weight! Her article below provides 5 fun ways to maintain a lighthearted attitude, build your network, and achieve your professional goals.

Is that a rubber chicken in your cubicle or are you just happy to see me?

If you’re not laughing your way through your workday, you aren’t alone. Laughing in the office as evaporated faster than Liquid Paper on a typo.  In this era of political correctness, Corporate America has become humor impaired.  People are afraid to tell jokes because they might get fired for offending someone.  Workers have stopped laughing, because the boss might think they’re not getting work done.  And no one laughs anymore in Los Angeles, well, mostly because they can’t – too much Botox.

Humor, fun and laughter belong in Corporate America.  Matter of fact, your sense of humor can even be used as a serious business tool to advance your career.  I’m not suggesting that boasting about our bodily functions or telling nun jokes at the water cooler will secure a spot up the corporate ladder.  However, humor can be used effectively to put clients at ease, close a sale, lighten up your staff, and write memos that people actually read.  Laughter is also a great de-stressor. Studies have shown that when people are having fun at work, they enjoy their jobs more, stay at them longer, and do a better job.  That lowers the attrition rate for a company and improves the bottom line.  No joke!

Let’s face it, we all want to work with, work for and even date people who can make us laugh. So why do we abandon our sense of humor as soon as we back the car out of the garage?

To save yourself from going completely bonkers during the next work crisis — or to prevent employees from calling in for mental-health holidays twice a week — consider these tips on how to maintain a lighthearted attitude, build your network, and achieve your professional goals: 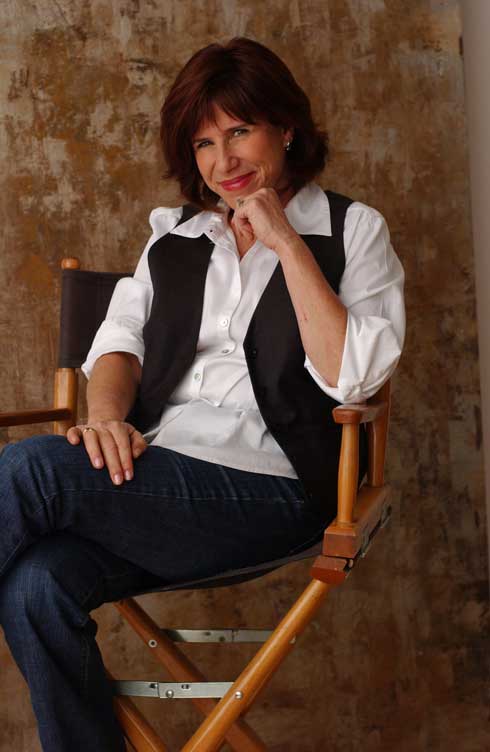 1.  Joke about yourself. — everyone else probably is. It’s not a receding hairline — it’s a punch-line! Take your work and responsibilities seriously, but not yourself. People like leaders who are willing to poke fun at themselves.  A little self-deprecating humor can go a long way, so admit and joke about your defects rather than trying to cover them up.  I’m not suggesting saying to your boss, “Yes, I am utterly incompetent, ha ha!”  Some things are best not advertised.  But a little light humor can set a positive tone for the workplace.  So the next time someone asks you, “How are you?”  Tell them the truth – “I’m having a bad comb-over day.”

2.  Use humor in the stressful situations. As a standup comic, I know that life’s ups and downs are a great source for comic material.  After all, comedy material is based on the “bad” things that happen in life.  To a standup comic, it’s not a miserable marriage, it’s comedy material.  When Bob, a sales person presented his report to a prospective client, the client said, “After seeing this report, I can tell that you are a complete idiot.”  Bob kept his humor and rather than getting defensive he said, “You’re so smart!  You figured out I was an idiot in five minutes.  It usually takes people three months to figure that out about me!”  Bob kept his humor, and kept his client.

It’s no wonder that politicians have comedy writers on their staff.  Democratic Presidential candidate Howard Dean turned to comedy to stave the political damage of his primal outburst in Iowa.  Afterwards, Dean said, “Iowa is behind me and now I look forward to screaming at voters in New Hampshire.'”  OK, he still lost the election, but he kept his cool about losing his cool.

3.  Structure fun At least once a day, lighten up the office by doing something unexpected.  Humor and joking aren’t reserved for the brazen. Southwest Airlines proves a little risk is worth the pay off.  Their flight attendants are known to sing the emergency announcement over the public address system.  Managers wear pig noses during corporate meetings. And guess what ?–Southwest has the most productive workforce, lowest attrition and absenteeism rate in the industry, not to mention a reputation for highly creative and innovative management.

Negative and toxic people are all around us. Sometimes they are our bosses and sometimes they’re working in the next cubicle. Whatever the situation, don’t leave your humor in the hallway.  “This report is just as bad as your last report!” “Well, at least I’m consistent!”– but then let your boss know that you heard the underlying message too, and that there is a way to accomplish a task that would be more effective, and you’ll try. It’s just that you won’t suffer. Sometimes in tense negotiations, a strategically placed joke, a can shift power to your side.

5.  Keep yourself in the comedy zone. Don’t wait for life to get better to get a sense of humor. It’s not what happens that determines your happiness; it’s how you chose to look at it.  When things happen that make you want to call suicide hotline, remember: You have a choice.  You can get stressed out and drink, or you can laugh… and drink!  So don’t get mad, get funny.