Recently, Eagles Talent was graced with the presence of an inspiring social advocate whose long list of impressive accomplishments began at the early age of sixteen. Mechanical Engineer and Keynote Speaker, Yassmin Abdel-Magied, sat down with us to chat about unconscious bias, racial diversity in the workplace, and her childhood inspiration–Sabrina The Teenage Witch.

At the age of one, Yassmin moved from Sudan to Australia where she spent most of her childhood weekends volunteering with family. Her charitable upbringing and literary hero, Sabrina The Teenage Witch, inspired her to live life in a way that positively impacts the people around her. Therefore, it’s no surprise that at the young age of just sixteen she founded an organization dedicated to empowering youth by helping them discover their full potential–Youth Without Borders. 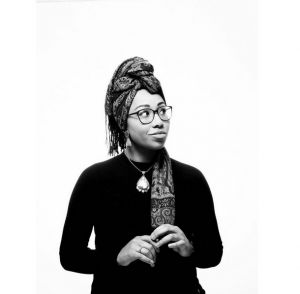 Yassmin’s vast career, which was built on the notion of breaking gender and racial stereotypes, consists of many impressive feats, including: becoming the first female hired as a field engineer in PathFinder, being named the Gender Ambassador for the Inter-American Development Bank, and earning the title of Muslim Youth of the Year in 2015. The latest addition to her long list of achievements is becoming a successful keynote speaker.

She applies the lessons she’s learned throughout her career to connect with audiences of all ages while breaking down large social concepts (i.e. unconscious bias) in a manner that relates to all individuals–as seen in her popular TED talk, What Does My Headscarf Mean To You.

In the following interview, Yassmin shares her thoughts on racial diversity in the workplace and provides simple steps companies can take to address and conquer unconscious bias.

Thanks so much for joining us Yassmin!

For more information on booking Yassmin Abdel-Magied :
check out www.eaglestalent.com or call our office at 1.800.345.5607.