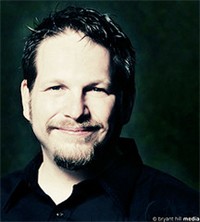 Social Media Speakers Weighing in on the ROI Debate

How amazing is it that we have come so far in the past ten years. Think of this, ten years ago, there was no such thing as YouTube, Facebook, Twitter–social media, what? Much like our mobile phones, can we imagine life with out it?

As a personal tool, social media’s use is easy to justify (Raise your hand if you’ve spent more than an 30 minutes going through your Facebook updates?). In addition to evenings spent commenting on family and friend updates, there are those out there investing (using this word loosely) marathon hours playing Farmville (who’s guilty?). But it’s the business use of social media that is so intriguing–and it continues to cause much debate in board rooms and office meetings all over the world.

To top it off, think of social media’s perception to the different generations? To some baby boomers, a phone call still makes more sense. To Generation X, it’s a little bit country and a little bit rock and roll. To generation Y and younger, they are our natural born citizens of technology and have eased right into it (like butter).

But is it worth the investment (time, hiring specialists), and how do you measure the ROI?

Chris Brogan, speaker on Social media recent wrote a blog post: Will They Ever Understand? In it he comments: “People who ask what the ROI of using social media is will never understand the value (not the ROI).”

He makes a great point. It’s about value. Connecting with clients, colleagues, and organizations on a personalization level. After all, if we want something told to us, we can stare at billboards.

Chris’ bigger point is this, in his article he shows us a post he made on Facebook about traveling to Germany, and if there’s anything he should know. He received 68 comments and over 200 reactions from people. You can probably guess how much he learned about Berlin way before his plane even touched the ground.

What social media is about is human business–which goes beyond the sale.

Because of social media, a company can know instantly if a product is great, or if they need to improve it. A sales person has an opportunity to know their client better–this concept isn’t new. Why do you think we go to our favorite restaurants (well after the food is no longer the reason), because we love the company–we’ve gotten to know our waiter, Marvin, on a deeper level than just “can I have a refill.” 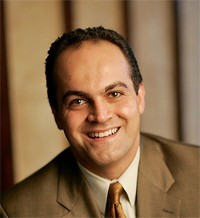 away, consider what David Nour (social media and relationship/networking speaker) has to say in his article Tomorrow’s Social CEO:

“I predict that in the coming years, a changing of the guards will favor social media over silence.  Online users spend an estimated 23% of their time on social networking sites, twice as much time as we spend on any other online activity. Consider where you and many others hear news: less from direct sources such as the newspaper or television broadcasts, and much more through social networks. In 2011 and beyond silence by the desired CEO could be perceived as one of two signals: either you don’t care or you are clueless; neither which is an acceptable strategy moving forward.”

Charlene Li, an influential thought leader on social media, talks about how social media is impacting how organizations do their business in her post Rise of Social Commerce.

“There’s a battle waging in the world of commerce, where newly empowered customers are demanding a better, seamless shopping experience. Social commerce is the outcome, but companies don’t understand that this is more than simply putting up a Facebook page. It’s about the impact that social commerce will have on your organization. It requires a fundamental rethink of the relationship with customers and partners, and it impacts at the core how companies organize and operate.”

The question is where are we heading–what will the next ten years be like? What new technology will have us saying, “I can’t live without it!”

How has social media impacted your organization?

Sheldon Senek is part of the Eagles Talent Speakers Bureau team. To contact us call 1.800.345.5607 or visit us online a www.EaglesTalent.com.