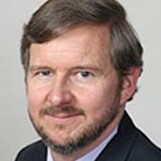 It’s happening. The baby boom generation continues to impact us again, this time, they mean business. As Dan Burrus mentions in his upcoming book, Flash Foresight, this generation has been causing problems since the days they were born. For example, as the kids began preschool, the country said, uh-oh, better build more preschools to accommodate them. The same thing happened in elementary school, high school–you get the picture, it has followed them through out their whole lives. And now, we are in the midst of preparing once more. Not only for their retirement, but to continue their career. That’s right, they’re having too much fun to retire!

Now, I’m not trying to debate if and when there is a good time to retire, but rather, point out that there is a transition time, and the executive talent management has to figure out how to balance the younger generation, who are ready and rearing to move into the baby boomer’s office, and the boomers who carry with them an immense amount of good ole fashion knowledge (and they don’t have to Google it). In the same breath, it’s a fascinating time in technology, and generation x, y, and i are citizens of it–unlike boomers who are adopted tech-users and have learned to adapt. I have already heard my dad complain to me about texting while talking. I can’t help it–I’m in a world of interruption and I like it. However, he does have a point (and I’ll listen to his point as soon as I write on Facebook that he’s about to make a point).

What I’m driving at is a concern. If you’re an executive talent manager, how do you balance the incoming generations and still hold on to the values and knowledge of the boomers. Think about it, between the boomers, mid-career(ers), and Millennials who are as predictable as my niece’s Facebook status (which means unpredictable), executives have to consider how to invest their time and energy into their leadership positions, workforce development, and business strategies. In addition, they need to figure out how these various generations can work together (speak the same language or text the right phone) to move the company forward.

Yesterday, our Eagles Talent team had a great conversation with David Delong, who speaks on the executive’s role in leading talent management. And this change in the workforce, David pointed out, is something we really need to be aware of, and learn how to create a framework for action.

So, here’s the question–is your company ready?

Note on David Delong: He has a new book coming out in January called The Executive Guide to High-Impact Talent Management. This book helps executives shape and drive their company’s talent strategy. It also shows leaders how to translate their beliefs in the importance of investing in people into concrete actions that directly affect business performance.

Note on Dan Burrus: Dan has a new book being published in January called Flash Foresight. This book looks at how Burrus’ seven radical flash foresight “triggers” have transformed dozens of careers, fortunes, and lives. It’s a series of systematic action step summaries which provide an easy-to-implement blueprint for applying the same strategies to your own business, enabling you to see the invisible to do the impossible.