Neuroscientist and World-Renowned Expert in Perception 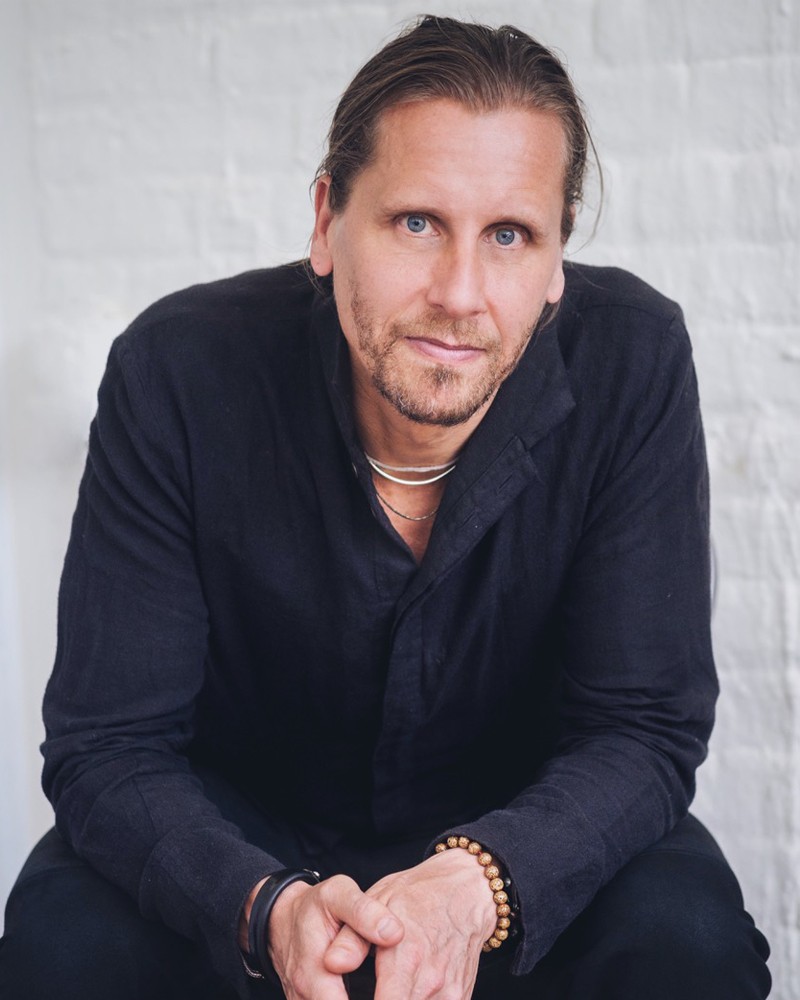 The only way to thrive in a rapidly changing world is to change with it. We know that. But the biggest barrier is in our heads. Neuroscientist and entrepreneur BEAU LOTTO shows why adapting – moving from A to B – means first moving from A to not – A. We need to let go of the assumptions and beliefs that keep us from seeing the world differently. A world-renowned expert in the science of perception, Beau reveals why trading certainty for doubt increases our capacity to adapt, lead, innovate, and thrive in the darkness of “I don’t know.”

A professor with deep academic credentials and critical scholarly works on the subject, Beau is also founder and CEO of two companies – Lab of Misfits, the world’s first neuro-design studio, and Ripple, which holds several highly influential patents in Augmented Reality (AR). A three-time mainstage TED speaker with over 9,000,000 views, Beau has spoken around the world, delivering totally unique, visually stunning, interactive, and fun presentations that help people act differently in the face of change. His message is an ideal conference kick-off – providing powerful, positive, creative context that sets a tone for the content and collaboration that follow. Beau’s latest book is Deviate: The Science of Seeing Differently.

Born in Seattle, Beau Lotto earned his bachelor’s degree at the University of California, Berkeley in 1991. He then moved to Scotland, where he earned his PhD in Neuroscience from University Medical School, Edinburgh in 1994. He remained in Edinburgh for his first postdoctoral fellowship (with Professor David Price), and then moved to Duke University for his second fellowship, where he was mentored by Professor Dale Purves.

In 2001, Beau Lotto founded the Lab of Misfits Studio, the world’s only neuroperception creative studio that is also a real neuroscience lab. The Lab’s goal is to foster adaptability and creativity. Their unique process of experiential experiments unites neuroscience expertise and measurement with digital technology and immersive design. They study humans “in the wild” – in theaters, public spaces, even across entire cities -using a combination of digital, virtual, and physical techniques and neuroscientific methodologies. By unveiling the essential truths that drive human decisions, their work deepens connections and creates innovations. Pragmatically, their insights are scientifically unique and quantified, commercially valuable to the stakeholders, and emotional and actionable to public audiences. They have since created public experiences around the world, including London’s Science Museum, Hayward Gallery on London’s South Bank, and a public art installation in London’s famous Silicon Roundabout. Their past clients include Cirque du Soleil, L’Oreal, Asurion, Microsoft, Edelman, The UAE’s Crown Prince’s Court, and others. Lab of Misfits currently powers the neuroscience offering at Burson Cohn & Wolfe, one of the world’s largest public relations and communications firms.

Beau and his Lab have published over 70 peer-reviewed articles across multiple disciplines, including augmented and virtual reality (indeed, their involvement in the EU consortium of labs defined “presence” in the VR space), human perception, physiology, molecular and cellular development, animal (includinghuman) behavior, digital music, graph theory, complex systems theory, computational evolution, artificial intelligence, architecture, theatre and design. His science lab received funding from a wide range of institutions including the Wellcome Trust, the Leverhulme Trust, and other scientific research funders.

Beau is also CEO and founder of Ripple Inc, which holds five highly influential patents in Augmented Reality (AR) with two further patents pending. Using its technology and exclusive patented IP, the Lab creates digital platforms and custom, proprietary digital interactions that layer the world with immersive digital content. Examples include the GPS-based AR apps Traces, Acoustigram, and W_nder, all of which focus on location-tied storytelling, adding a layer of meaning to the world that has hitherto been impossible.

In addition to TED, Beau has spoken at the G8, Google’s Zeitgeist, Wired, World Economic Forum, Cannes Lions Creativity Festival, Burning Man, and the Oslo Freedom Forum, among many others. He has contributed to television, radio and podcast programs by the BBC, National Geographic, HBO, Wharton on Business Radio, and PBS. He is a frequent keynote speaker at major corporations including J&J, Warner Music, Universal, Viacom,Sainsburys, Microsoft, Google, Apple, and the UAE’s Crown Court, where he speaks about the fundamental barriers to thriving in uncertainty and how to overcome them.

“Once you understand how perception works, you can’t help but see yourself in the world in a different way and engage in it in a different way,” says Lotto, who is author of three books: Why We See What We Do, Why We See What We Do Redux, and Deviate: The Science of Seeing Differently. He received the Josef Albers Prize for Disruptive Innovation at the Tribeca Film Festival in New York, and was the first Creator in Residence at Viacom.

THE POWER OF DOUBT: PERCEIVE – ADAPT – THRIVE
PERCEPTION & LEADERSHIP – A MASTERCLASS
HOW BRANDS CONNECT WITH CUSTOMERS
How can we adapt and thrive in times when the ground beneath us is shifting? We begin by questioning the beliefs and assumptions that drive every single one of our actions, decisions, and behaviors. The idea is to find solutions to questions that haven’t been asked yet. Learning to maintain a healthy dose of doubt about what we perceive – keeping our assumptions in check – is crucial. In this completely original, game-changing presentation, neuroscientist Beau Lotto, known worldwide for his groundbreaking work on the subject, uses hard science to open minds and help audiences see the world and themselves differently. His engaging use of images and videos will have people shaking their heads in disbelief – unable to reconcile what they’re seeing with what they thought to be true. Beau’s stunning, interactive, fun presentation will equip people to challenge their own assumptions and beliefs and come away better able to innovate, collaborate, lead, and adapt to new realities. This presentation is an ideal conference kick-off – providing powerful, positive, creative context that sets a tone for the content and collaboration that follow.
In a more intimate format designed for leadership teams, departments, and smaller groups, Beau Lotto shows leaders how to create a framework to lead others into uncertainty. Anything interesting begins with doubt – with not knowing. Learn to celebrate that uncertainty, ask questions, search and discover – the foundation of all progress and breakthroughs. Science can teach participants how to lead better and create an environment that fosters creativity and innovation by understanding the role of perception in every aspect of their lives. Beau provides the group dozens of new ways to think differently about their challenges and successfully innovate, adapt, and build effective teams.
A brand that delights its audience while creating insight into an essential human value is more creative, has more loyal customers, and generates lasting, authentic impact in the world. Beau Lotto’s presentation is based on work that his neuro-design studio Lab of Misfits has been doing for years, which is helping brands deepen their authenticity by enabling and measuring the impact of their purpose in the world. Beau will explain how to unpack the keys to creating customized, immersive brand experiences that will evolve your brand to build genuine and long-lasting relationships with your key audiences.

“I simply adore these talks. Beau Lotto is one of those who studies a specific subject, such as our adaptation to illusions, primarily optical, that can be applied for any subject of human studies.”

“What a knockout! The feedback from all the members was fantastic..!”

“Beau was great to work with – very creative, highly ambitious and with incredible energy. His communications skills are quite something to behold: when dealing with the volunteers from the public for the experiment, he held them in the palm of his hand and infected them with his enthusiasm. Respected by his peers and looked up to by his students he is someone who people like to listen to and learn from. I’d love the chance to work with him again.”

“The truth to describe his time here as like having a Renaissance man in our midst – Beau blends art, science, curiosity, illusion and music to entertain children, adults and scientists alike.”

“Dr Lotto’s presentation was interactive, educational and entertaining. Dr Lotto was a pleasure to work with. He was responsive to correspondence and a real character on site. I would happily recommend Dr Lotto to anyone interested in having him speak in a public capacity.” 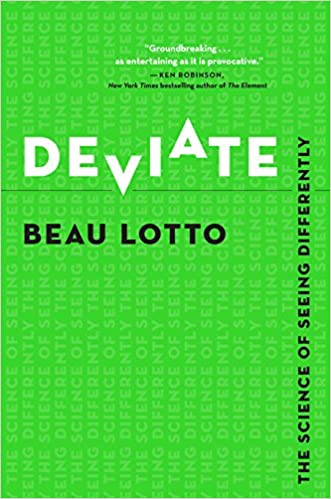