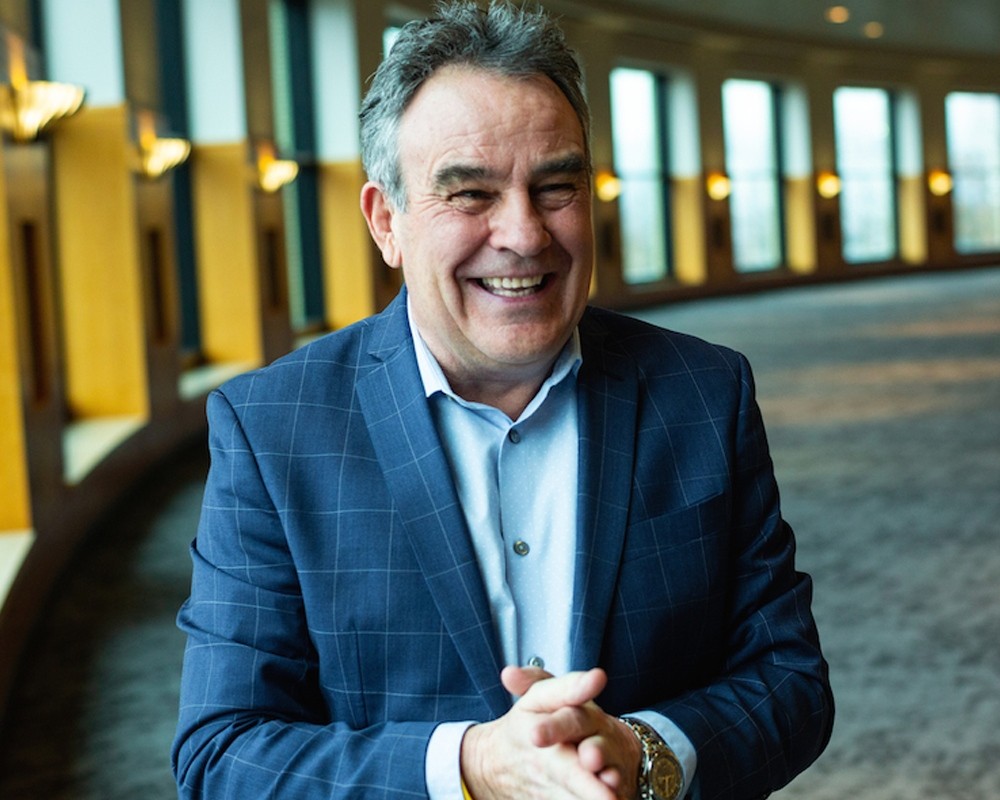 Bob Gray, now a motivational keynote speaker and memory expert, discovered his first memory technique when he was seven. He was given a magic book that showed him how to remember a twenty-item list. Shortly thereafter he was called on to ‘do the memory trick’ at family parties and gatherings.

Encouraged by praise at home, he began to find memory techniques could have a valuable role in other aspects of his life. With a little ingenuity, he adapted the ‘memory trick’ to help him with his work at school. The reward was a significant rise in his grades.

Years later, Bob immigrated to Canada from his native England. At the time he was working as an entertainer, and he had to prove to Immigration that he wasn’t taking a job away from a Canadian. As the Immigration authority quickly learned, he wasn’t taking a job away from anyone else in the world! Traveling and entertaining under the stage name of ‘Backwards Bob the Memory Man,’ Bob demonstrated the unique abilities that have netted him a place in the ‘Guinness Book of World Records’ and a recent appearance on ‘Ripley’s Believe It Or Not.’

For the first several years after arriving in Canada, he traveled throughout North America, appearing in Comedy Clubs, Colleges and Universities, where he demonstrated his unique abilities in front of tens of thousands of people. Soon however, he decided to take a break from the road and entered the business world. Starting in the Fitness Industry, he quickly found that by adapting the memory techniques he had been studying and developing over the years, he was able to move ahead in his career faster than he or anyone else had expected. From never losing track of detailed information, to remembering everything about his many clients, including not only their names and occupations, but also the names of their family members, their birthdays, hobbies and fitness goals, he got the job done with confidence and ease. Along with making a lot of new friends, Bob saw the sales retention of his company increase by 13% in the first year alone.

After teaching his memory techniques to his own sales staff, with highly acclaimed results, there was a phenomenal demand for him to teach his systems to other companies and organizations. At one point, he was invited to share his techniques at a national fitness convention. Because he incorporated his unique brand of humour and the incredible abilities he had developed in his stage days, his presentation was an instant success. From then on, there was no looking back. Bob was again doing what he loved. He was performing. Only this time, he also had the satisfaction of knowing that he was educating his audience as much as – if not more than – entertaining them.

A recognized authority on memory systems, Bob has spent the last twenty five years traveling the globe entertaining, keynote speaking, and training corporations, governments and associations to adapt memory systems for their particular needs. He has developed a series of sales oriented personal development keynotes and workshops, which have been popular on six continents, as well as writing the best selling book “Right Brain Rapid Recall“.

When Bob is not presenting or developing his memory systems, he is an avid golfer and enjoys playing squash and blues piano. He resides outside of Toronto with his wife and their daughter who has been memorizing a list of twenty items at family parties since she was six. Bob also enjoys setting new records for the people at Guinness, and is currently training himself for ‘Speed Calendar Memorization,’ another mental feat he is happy to teach to interested parties. His many TV appearances include, ‘Ripley’s Believe It Or Not,’ ABC Regis Philbin, NBC Today Show, CBC, Britain’s BBC 1 and the Steve Harvey Show.

DIGITAL AMNESIA: HOW TECHNOLOGY IS STEALING YOUR BRAIN (AND HOW TO STEAL IT BACK)
[Face] to Face
[Experience] the Power of Connections
[Master] Class

Digital Amnesia: The experience of forgetting something important because you trust a connected device!
Since we’ve been able to place more memory power in the palm of our hand than was used to land a man on the moon, we’ve banished our own memory to the back burner. The more we rely on technology to retrieve information, the more we erode the process to recall that information ‘naturally.’
So is this a problem? Well, aside from the mental health aspect, here’s just one scenario. You have a pre-arranged appointment, you have reviewed all the pertinent information about that client/customer/patient, you’re able to ask after their spouse/partner, kids, even their favourite sports team. They feel you have a great relationship.
A month later you bump into them unexpectedly, not only have you ‘forgotten’ their spouse/partners, kids, names…you can’t even rememberTHEIR name. How’s that relationship now? How helpful is that device now?
In this highly interactive, empowering, and funny, presentation, Bob shows you how to keep your memory in shape, how to steal your brain back from technology…and how you’ll never need to say “Sorry, I forgot your name” again.
This same method, which is the foundation of all memory systems dating back thousands of years, can also be adapted to recall presentations, lists, safety procedures and more.

Network Like a Millionaire and Never Forget a Name
You will love networking after this. With this version of his 90 minute keynote, workshop or concurrent session, Bob is able to share the #1 memory problem in business today – how to recall clients’ names.

How often have you bumped into clients, or customers, or someone you know but can’t remember his name, or hers? Socially, this can be embarrassing, and in business, it can be disastrous. With our lives already so hectic, and the number of people who are important to us increasing every day, we need an instant and easy way to keep each and every one of them active in our memory. The sweetest sound to someone is the sound of his or her own name. By recalling a correct name, especially after only one introduction, you will not only engage and flatter its owner, but you will be remembered for your thoughtful interest.

In his amusing, unusual and empowering presentation, Bob reveals a wonderful method to easily recall and store into memory the names of new friends and business acquaintances. Having been taught the system, participants are quickly and easily able to recall both first and last names of several new acquaintances as they are introduced during the presentation. It’s a hilarious system that will have the audience in hysterics… and it works!

Accelerate Your Memory Into Rapid Recall
Take your connections to the next level. In this presentation, Bob reveals the untapped memory potential in each of us.

Bob delivers two incredibly powerful memory demonstrations, which never fail to astonish. After entertaining the audience with his own memory, he enriches their minds by teaching the hilarious and practical ‘Chain’ system. (A system dating all the way back to ancient Greece, which is an invaluable tool for memorizing speeches, presentations lists, complex equations and more!)

Members of the audience always leave grinning and eager to test their new skills. Watch them practice recall at conferences, on the road, at home, and at the office. Are you ready to accelerate you memory into rapid recall? The skills lie a short keynote away.

Half- or Full-day Session, All Techniques Covered
Master class: memory’s best kept secret. In this half- or full-day workshop Bob will introduce the group to four major memory systems. Expanding on his ninety-minute keynote, he will introduce them to the Peg System and The Phonetic Index. This session can be customized to support your sales team.

The Peg System gives the student the ability to memorize schedules, calendars, meetings, feature lists and rules and regulations. It is one of the easiest time savers you’ll ever learn.

The Phonetic Index, was developed over three hundred years ago and is often considered to be the single most powerful memory system ever devised. Yet, until now, has been known by only a handful of scholars and experts. Bob retrieved the Phonetic Index from history’s dustbin, revamped it, and made it directly applicable for today’s business leaders. This system gives the user the ability to recall the biggest stumper of them all – numerical information. On a basic level, the Phonetic Index makes the memorization of phone numbers and serial numbers as easy as smiling. Using it in conjunction with some of Bob’s other techniques, it becomes a valuable resource, allowing the student to recall deep banks of information. As an example of this, Bob demonstrates how he himself has memorized the capitals, population and square mileage of every nation on earth, as well as the major world events for every year of the twentieth century. In the workshops, groups never fail to amaze themselves by memorizing, both forwards and in reverse, a randomly generated thirty-digit number. It is an exercise that shows the incredible, untapped potential in each of us.

“It was a pleasure working with you and your staff. Bob was awesome! The attendees loved him. They were still talking about his presentation the next day.” 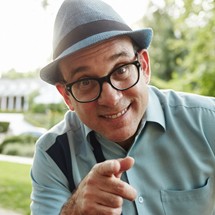 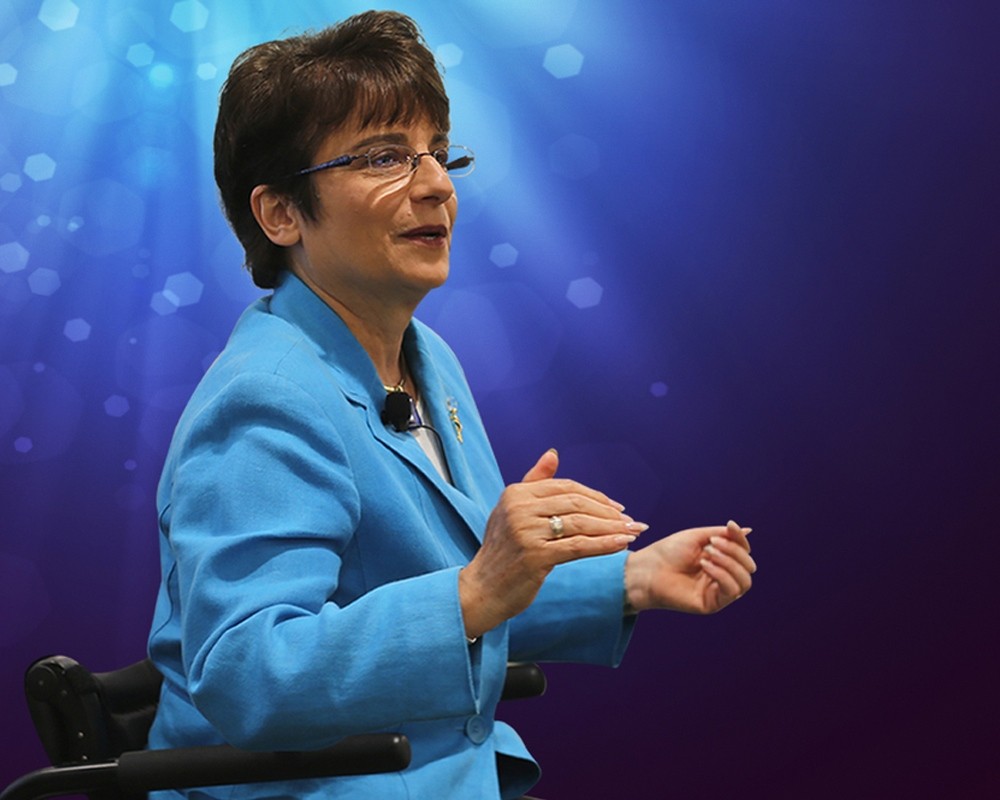 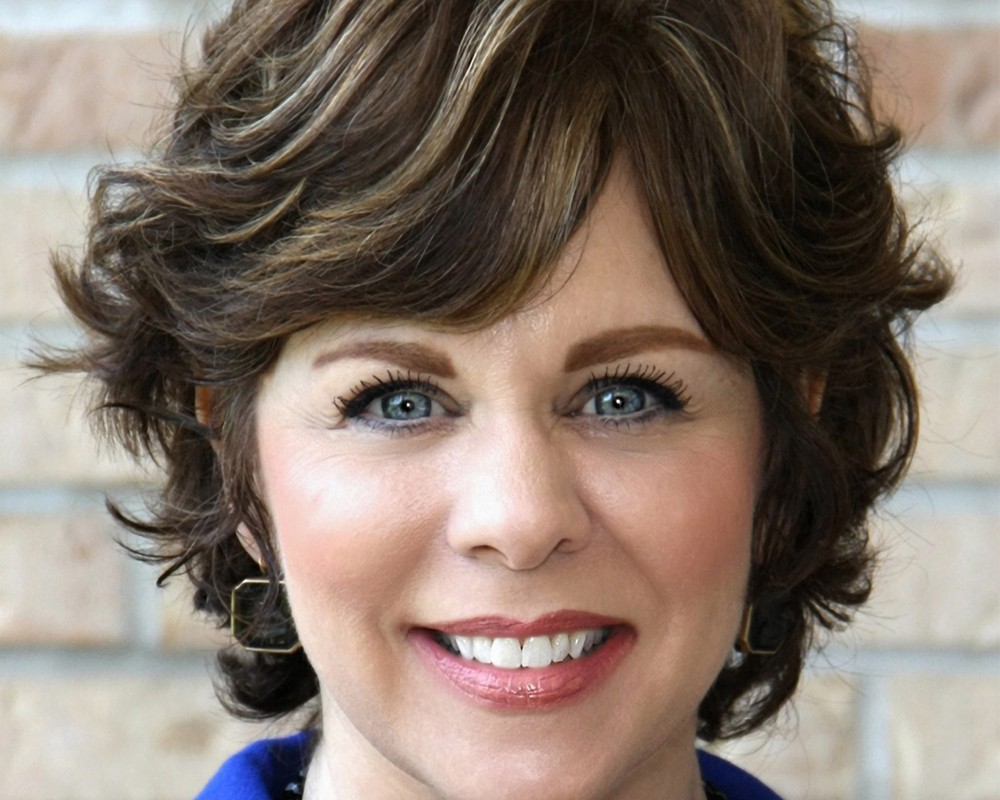