Congratulations to David Trumble, Guest Keynote Speaker and Award-Winning Artist, who recently provided illustrations for the new children’s book series, The Enjella Adventure Series. David is also working on his own children’s literature (Due out late 2014) called Mother Goose Retold, filled with David’s striking visual imagination. In addition to his artwork, spoke for, earlier this summer, TEDxGoodEnoughCollege with his talk, Making Sense of it All (which you can view below). 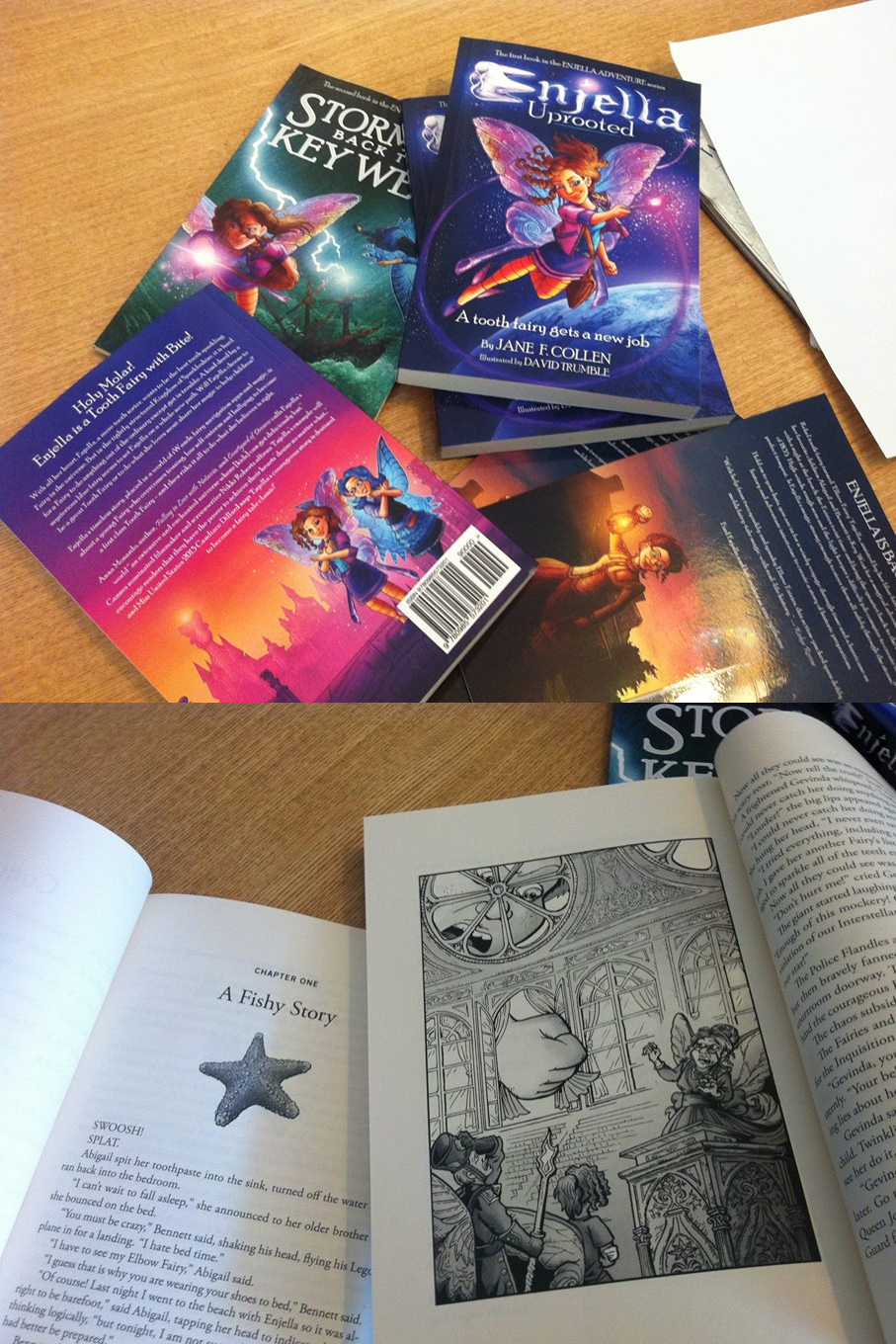 About The Enjella Adventure Series as it appears on Amazon.com:

“Freed from the constraints of the Tooth Fairy regime, Enjella appears at Abigail’s elbow and whisks her away on a magical adventure. Joined by friend Fairy Alicia and Abigail’s brother, Bennett, they travel to Key West, Florida to do some exploring. Fun and surprises await in their moonlight frolic on the beach. The Key West Lighthouse catches the Fairies’ attention and they decide to teach the children its history. But the Fairies are not very interesting teachers, until the explorers become more than tourists. The Fairies twist time and bring the quartet back to the Key West hurricane of 1835. High winds, rough seas and the light keeper’s difficult job conspire to create the perfect tempest. Is Enjella’s magic strong enough to steer them all safely through the storm? Hold on to your hats, you are in for a windy voyage through time and a hurricane, as history and adventure intertwine to create a story of historic proportions.”

Learn more about bringing David Trumble to your organization and checking his speaking fees & calendar availability as a guest speaker by connecting with Eagles Talent Speakers Bureau. Call 1.800.345.5607 or email info@eaglestalent.com.