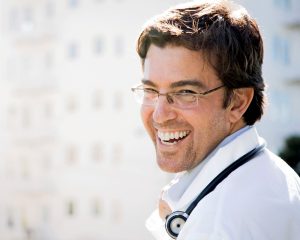 “The Healthy Humorist®”—Brad Nieder, MD, CSP*—is a doctor, funny speaker and clean comedian. He’s not just another mildly amusing corporate humorist. He’s really funny. Described as “Jerry Seinfeld with an ‘M.D.,’” Dr. Brad was infected with the comedy bug while watching Johnny Carson’s “Tonight Show” monologues from the foot of his parents’ bed. When he got older and stayed up a bit later he discovered David Letterman’s “Late Night” antics. He taped and memorized George Carlin’s HBO specials. (Yes, even the dirty words. But he knows better than to repeat them on stage now. (Did we mention this healthcare comedian is clean?!)) He wrote funny articles for his Denver high school newspaper. He was a founding member of an improvisational troupe (The SImps) while an undergraduate student at Stanford University. And he performed standup comedy at comedy clubs throughout Denver while he was in medical school at the University of Colorado.

After completing his internship and getting his medical license, Dr. Brad realized there was a serious nationwide shortage of funny doctors. So he began his unconventional medical practice of delivering his unique brand of healthcare humor around the country to corporate audiences, convention crowds and conference attendees. Physicians, nurses, bankers, teachers—indeed people from all industries—have benefited from the doctor comedian’s medical humor.

Now 15 years into his career as a professional speaker, the comedian doctor earned the CSP* designation in 2011. He has not been published in the “New England Journal of Medicine.” (But he has co-authored the book “Humor Me,” and he has a great CD (“A House Call in San Francisco”) and DVD (“The Healthy Humorist in Orlando: Laughter is the Best Medicine”).) He’s not a celebrity speaker. He hasn’t been on “The Tonight Show.” He’s not an Amazon best-selling author. (Aren’t those claims usually just a scam anyway?) He’s simply one of the best funny speakers and clean comedians in the events industry today. (Just check out his testimonials! And don’t overlook the comments about Dr. Brad being easy to work with! Stressed-out meeting planners love him!) He’s one of the best values out there too! His medical comedy won’t break the budget for your event.

Dr. Brad lives in Colorado with his lovely wife and three wonderful kids. He tries to practice the “healthy” part of what he preaches by running and swimming in the Colorado sunshine. He also loves to ski and fly-fish in the Rocky Mountains. He loves to travel, too, though, mainly to indulge in “The Healthy Humorist’s Unhealthy Eating Adventure Across America” (THHUEAAA) in which he consumes such unhealthy fare as Italian beef in Chicago, BBQ in Austin and ice cream in Columbus. (Yes, it’s weird that central Ohio has such an abundance of great frozen treats!)

Dr. Brad’s entertaining signature keynote is called “Laughter is the Best Medicine.” It’s different every time he performs it, though, as he tailors it for every audience. Is your group stressed out? Are they dealing with change? Low morale? Burnout? Excessive regulations? New technology? Dr. Brad will customize the program for your crowd. But you can always expect the following:

First and foremost, it’s funny. The healthcare humor will tickle your funny bone and have you laughing. Dr. Brad has been known to skewer such topics as healthcare lingo, diet plans, pharmaceutical ads, medical marijuana and scrubs. He’s even been known to break into song!

Second, it’s uplifting. Dr. Brad is not a rah-rah motivational speaker like Tony Robbins (although he does have big teeth like Tony). He’s a funny doctor. Still, he’s inspiring. You may find yourself committing to lightening up and laughing more. Or to adopting a new healthy habit.

Third, it’s educational … but not in a boring way. This medical comedian will have you laughing as you learn why laughter really is good medicine … for combating stress, feeling better and living longer. And Dr. Brad always dispenses some wellness advice, too, in an entertaining manner unlike any other doctor you’ve encountered. (Oh, you can even get continuing education (CE) credits too!)

So that’s it in a nutshell: a funny doctor who delivers healthcare comedy, an uplifting message and valuable information. You’ll be feeling better in no time!

*CSP = Certified Speaking Professional (an earned designation from the Global Speakers Federation that essentially means Dr. Brad has been doing a great job on stage for a long time for many audiences!)

Laughter is the Best Medicine

So you’re planning an event. Maybe it’s an annual conference. Or a big convention. And you want to start it on a fun and funny note. (After all, you know that folks who are laughing and in a good mood are more receptive to listening and learning.) Or maybe you want to end it with a bang. (Because, as you know, that last bit of laughter and enjoyment makes for a memorable meeting.) Or maybe you just want some good clean, Healthy Humor™ somewhere in between. (Sometimes you just need to invigorate and energize an audience in the middle of a long day.)

That’s a tall order. You’re probably feeling a bit overwhelmed and stressed. You probably have a headache. And fatigue. And sleep-deprivation. Maybe you need a doctor. In fact, you do. You need The Healthy Humorist®.

Brad Nieder, MD, is a funny doctor, keynote speaker and clean comedian who blends healthcare humor with wellness advice and an uplifting message. Audiences love his “Laughter is the Best Medicine” program, finding it entertaining and inspiring (and informative, too, as Dr. Brad explains–without being boring–how laughter really is good medicine … for managing pain, enhancing immune system function, reducing stress and more.)

” Brad presented his delightful Medical Humor to a very overworked, tired and stressed Annual Medical Staff Dinner Meeting as a keynote speaker. He has a great message, is easy to work with and a delightful presenter. My Medical Staff responded very positively and everyone had an extremely enjoyable evening. A totally successful experiment!”

“Brad Nieder’s presentation was absolute perfection and was perfectly tailored for our group. There was truly nothing more he could have added. He was personable, interacted with the audience, taught us important points for living, and shared his wisdom. The laughs just kept coming. Jerry Seinfield would be jealous!!!”

“For two years in a row SwedishAmerican Hospital asked Dr. Nieder to speak at our Cardiology Millennium program. In 2011 Dr. Nieder spoke to health care workers from the Northern Illinois region on humor and health and in 2012 Dr. Nieder returned for the evening portion of our program where he shared his talk with the Rockford community. On both occasions he was very well received… Dr. Nieder’s ability to make the audience laugh contributed greatly to the success of both programs and helped serve for a most memorable conference. We enjoyed Dr. Nieder!”

“Thank you for a great job! We received many compliments on Dr. Nieder’s presentation.”

“I have had more positive feedback about Brad than anyone else ever! We have this event every year and it is always a challenge to find entertainment that is appealing to physicians and spouses. I am so glad his schedule allowed him to be with us.”

“Brad was fantastic, a big hit with our attendees. We went for something different and choosing a non-clinical keynote speaker for our first symposium was a risk. Brad’s performance validated our decision and it was a great start to our event.”

“Get ready to laugh and learn! Brad brings a seriously funny keynote filled with joviality and interactive frivolity. But don’t let the lightheartedness fool you, Brad gives earnest life advice that each person can weave into their everyday routines.”

“Dr. Nieder brought laughter and involved physicians. Encouraged laughter instead of burnout and recited a poem that gave everyone present some thing to think about.”

“Dr. Nieder was just what we were looking for. Someone uplifting and appropriately funny but with facts but with facts and interesting points to go with the humor. There wasn’t one person in the audience who wasn’t smiling or laughing out loud.” 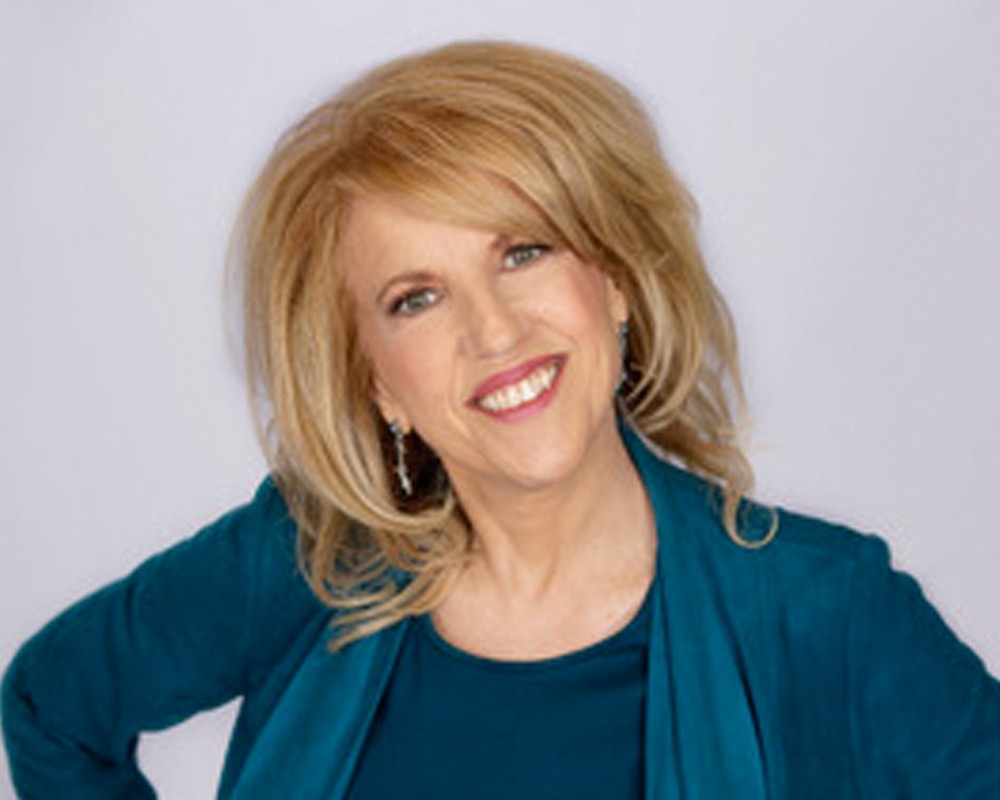 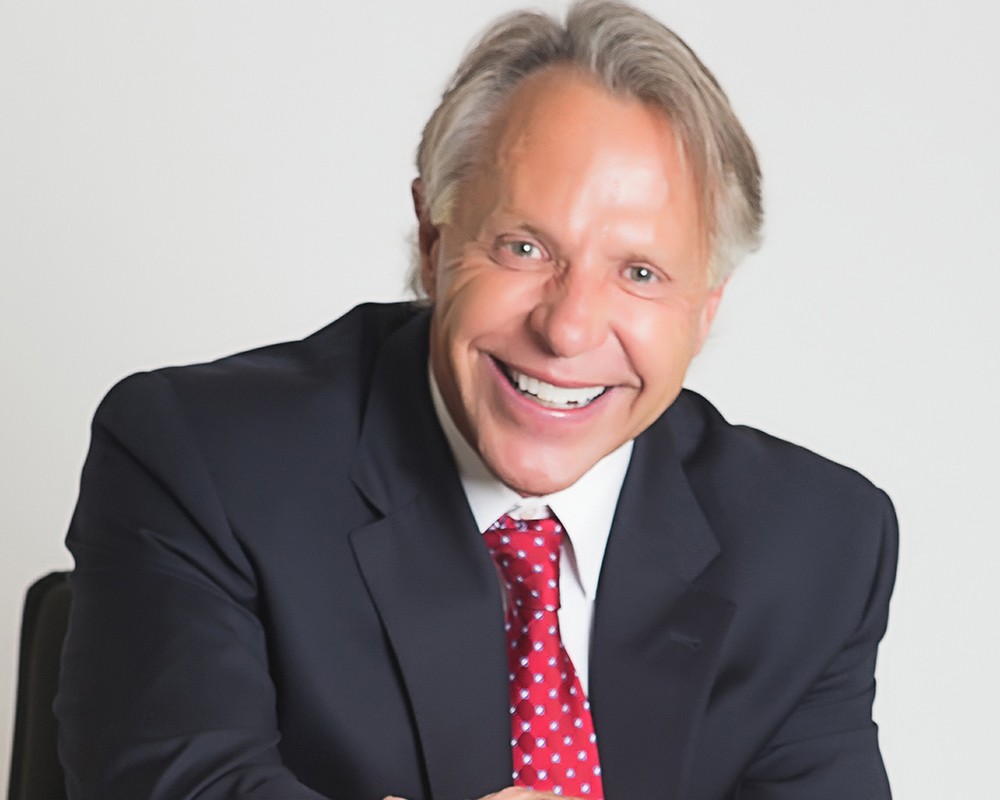