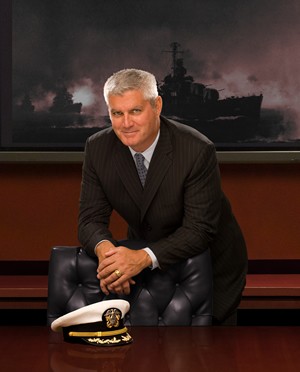 We have a lot for which to be thankful and I don’t think we spend enough time contemplating just how fortunate we truly are. After the tragedies of the last few weeks, it is easy to focus only on the truly evil things that happen in this great country. However, having lived for a time in Boston, two blocks from the sight of the first explosion, I am struck and heartened by how the Boston area has come together and united. It reminds me that we have much more in this country that unites us than divides us.

There are many, many things that have made this country great but one of the reasons that gets the least discussion is the role that the GI Bill had in educating our returning heroes from World War II. The number of returning veterans going to college was unprecedented and that education created the foundation that caused our economy to boom and create an unprecedented increase in the quality of life for the citizens of the United States. My own father was able to get a college degree and eventually a Master’s degree from the GI Bill. In turn, our education system became the envy of the world.

What most Americans don’t realize today is how smart our members of the military are. Our military today is a high tech operation. The ship that I commanded, USS BENFOLD, cost taxpayers over a billion dollars to build and it was manned and operated by a crew of sailors whose average age was 24 years old. I had a crew of 310 young men and women and when I interviewed each and every sailor, I asked them why they joined the military? The overwhelming response was they joined because of the GI bill to get a college education. When I heard that, I decided we would do everything possible to help them get admitted when they left the Navy.

We offered the Scholastic Aptitude Test (SAT) onboard the ship. Fifty percent of my sailors signed up to take it. When the results came back, one of my entry-level sailors had scored a 1490 out of a possible 1600. She was not unusual. Our military today is made up of some of the smartest and most talented soldiers, sailors’ airmen and marines that this country has ever seen. They are honorable and hard working men and women. I have the greatest respect and admiration for them…just like I have for our first responders in Boston.

In a recent speech, a member of the audience asked me what they could do to show appreciation for our military members. My response to the questioner was short and sweet: HIRE THEM. GIVE THEM A JOB when they come home. You won’t regret it. They will be some of the best employees you ever had!