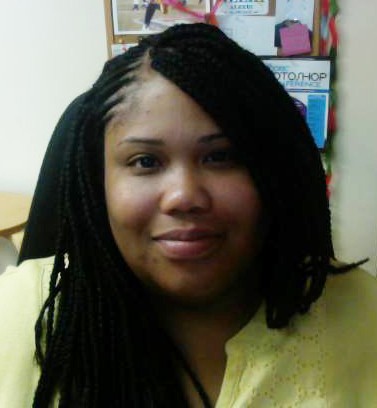 To celebrate this glorious day, we collected five of her best articles from over the years:

ticle shows how social media — one of our newest technologies, is being created and used by younger people than in the past. Her post also outlines how social media has helped people connect with each other in a business setting other than in a friendly form. Technology forecaster and speaker Daniel Burrus sees technology answering social needs as a good thing. This mass sharing of information could revolutionize how people view the business field in years to come.

Gabby Douglas became an inspiration to all, especially aspiring gymnasts when she became the first African American gymnast to win the Individual All-Around event during the 2012 Summer Olympics in London. Her huge win is similar to Shannon Miller’s and the “Magnificent Seven” during the 1996 Olympics in Atlanta. Her accomplishment showed the world that if you have the will in yourself to take on your dreams, they will come true.

New York Yankees pitcher Jim Abbott threw a no-hitter against the Cleveland Indians on September 4, 1993…with only one hand! The determination and hard work put forth by Abbott led up to his great achievement. His inspiring tale of overcoming obstacles and facing adversity has been captivating audiences for years during his post-baseball career as a motivational speaker.

The Jamaican national bobsled team encountered rough patches during their push to compete in the 2014 Winter Olympics in Sochi, Russia. The team had the talent, but not the funding.  Fortunately, the team raised enough money with the help of original Jamaican bobsledder Devon Harris and were able to compete that year. The team is an inspiration to all who enjoy a classic “rags to riches” or “little engine that could” type of story.

ALS (amyotrophic laterals sclerosis) is a fatal disease that affects around 6,000 Americans annually. ALD destroys one’s nervous system through the brain and spinal cord. The disease came into public light when legendary Yankee, Lou Gehrig was diagnosed with ALS. This led to the disease being many calling ALS “Lou Gehrig’s Disease.” Speaker and baseball legend Steve Garvey is a huge proponent for ALS awareness and has won Lou Gehrig’s Award for his contribution to Baseball and Society.

We are so proud of all the creative works Alexis has done, and continues to do at Eagles!