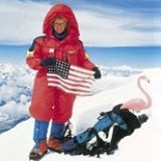 How to Stay Motivated

Now that New Year’s is almost two months out, you might have begun to stray from your resolutions. Many of us find it easy to get motivated around the New Year because we see it as a fresh start, and the opportunity to start afresh on the path to achieving a goal is enticing! However, as time passes and work and personal life become hectic, resolutions and goals may fall by the wayside.

If you want to rededicate yourself to a goal or resolution, consider these motivational tips to get you started on the right track.

When pursuing a goal, it’s a great idea to make a list of everything you need to do in order to achieve it. Start with the easiest task on the list and move forward from there. As you continue to cross tasks off your list, you’ll have a visual affirmation of how much closer you have come to achieving your goal.

As soon as you determine your goal, announce it to everyone. It doesn’t have to be an official announcement, just be sure to let as many people as possible know what your goal is. Not only will they be likely to provide encouragement to you as you work towards it, but knowing that others are aware of your goal will give you a little extra motivation.

If your goal is a long term one, you can create benchmarks and then reward yourself when you reach them. This is good way to give yourself a more immediate sense of achievement while simultaneously building towards a long term goal. For example, if your goal is to train for and race in a half marathon, you can reward yourself with some new running accessories when you are halfway through your training.

It’s easy to get bogged down with negative thoughts and become consumed by the difficulty of attaining a goal. However, those negative thoughts do nothing to help you achieve your goal. In fact, negative thoughts can actually contribute to overwhelming feelings of hopelessness and frustration. Always try to stay positive and instead of thinking about all the obstacles you’ll need to overcome to get to the finish line – picture how good you’ll feel when you finally get there!

If at First You Don’t Succeed

Failure is a part of life, but it’s important not to let it get you down. External factors play a role in the ability to achieve a goal and sometimes it just isn’t in the cards. The good news is that you can always try again.  Few people know this better than Stacy Allison, who became the first American woman to climb Mount Everest after an initial failed attempt.

The amazing accomplishments of people like Robert Ballard, who discovered the wreckages of the Titanic and the Bismarck, or Vernice Armour, America’s first African American female combat pilot, wouldn’t have been possible without determination, drive, and commitment to a goal. Follow in the footsteps of these motivational speakers to realize your own goals!