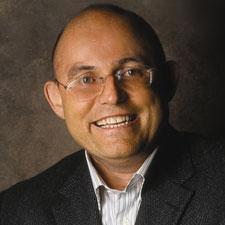 Irish Paralympian Shares How To Live Life to the Fullest!

This episode of Tuesday Tip includes two popular events celebrated around the world right now. In spirit of Irish/American Heritage month and the Pyeong Chang Paralympics – we’ve fused the two topics together to introduce a tip from former Paralympic champion and Irish Tenor, Ronan Tynan!

Dr. Ronan Tynan has persevered with enormous passion and determination throughout his life despite his setbacks. He was born with lower limb disability that threatened to sideline him throughout his childhood. However, Tynan continued on with hope. As a young boy, he was constantly staying active by riding horses and racing motorcycles. Similarly, as he grew older, he still had that drive! He took an interest in singing and began his career with the Irish Tenors. He quickly became known for his unique voice and soon after, decided to launch a solo career where he succeeded in ways he didn’t even know were possible!

Over the years, his love for sports hadn’t wavered, so it was no surprise when he wanted to take it to the next level. By the time Tynan hit his twenties, he was winning gold medals in the Paralympics as a multi-talented athlete. Between 1981 and 1984, he amassed eighteen gold medals and fourteen world records–of which he still holds nine. Today, he shares triumphant lessons that stay with people long after he leaves the podium. Tynan’s ability to easily connect with audience members through humor, songs, and inspiring messages has allowed him to travel nationwide. He shares the secret to overcoming obstacles and living life to the fullest with thousands of attendees. Each of his events promote ways to reach new heights both professionally and personally. Check out the video below to see for yourself!

For more information on booking Paralympian Dr. Ronan Tynan
check out www.eaglestalent.com or call our office at 1.800.345.5607.