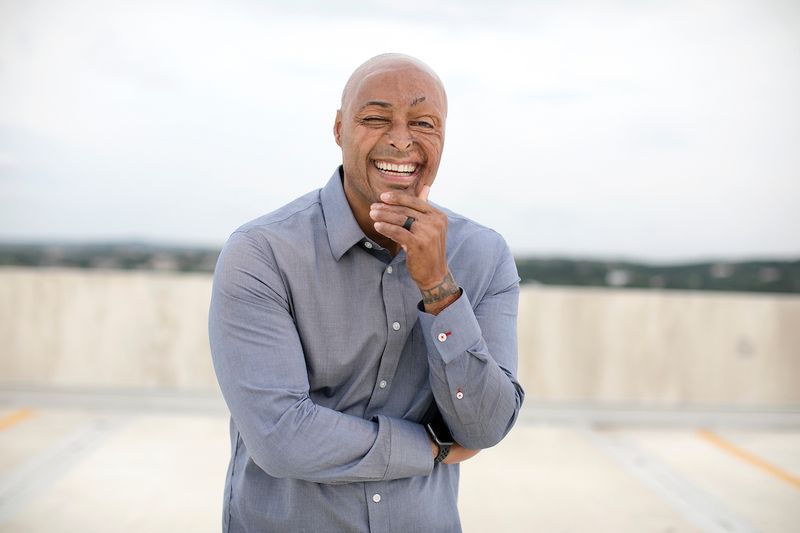 Martinez is the author of the New York Times best-selling book, Full of Heart: My Story of Survival, Strength, and Spirit, a memoir about how he took his own personal tragedy and turned it into inspiration for others. Published by Hyperion, the book came out in October 2012. J.R. was also host of the highly successful The J.R. Martinez Show on KFI AM 640 in Los Angeles, one of the highest-rated talk radio stations in the country.

The past few years have been quite something; he and his dance partner, Karina Smirnoff, won ABC’s season 13 of Dancing With The Stars. J.R. was on the cover of People Magazine, featured in their Sexiest Man Alive issue and as one of the magazine’s 25 Most Intriguing People of 2011. Many awards and honors have been bestowed upon him, including an Ivy Award, for his work with burn survivors and disabled veterans in the entertainment community, and the 2012 National Red Cross Spirit Award. He was the recipient of the 2012 National Disabled American Veteran of the Year Award, and he also received the 2012 California DAV of the Year Award.

J.R was featured on Katie Couric’s 2011 ABC Special, The Year, and narrated the CNN documentary series In America: Vets Wanted? He has been a guest on many talk shows, including Access Live, Entertainment Tonight, The Oprah Winfrey Show, 60 Minutes, Ellen, The View, Good Morning America, Dr. Oz, and on CNN, FOX News, and Univision. He has been featured in the Los Angeles Times, The Washington Post, The New York Times, Guidepost, Success, Salute, and U.S. Veterans and DAV Magazines.

J.R. guest starred on Lifetime’s Army Wives as a physical therapist in the season finale. He played Brot Monroe, a combat veteran who was injured in Iraq and returned home to face new challenges of civilian life, on the Emmy Award winning daytime drama, All My Children. In true Hollywood fashion, he was encouraged by a friend to go on the open casting call that AMC put out for a veteran to join the cast. After several meetings with producers, he was cast and an actor was born. Due to his popularity, what started as a three month story arc developed into a three year role.

Martinez has become a highly sought-after motivational speaker and he travels the country spreading his message of resilience and optimism. He devotes himself to showing others the true value of making the most of every situation. He is called on by a wide range of groups including corporations, veterans groups, non-profits, and schools. He is a spokesperson for Operation Finally Home, an organization that builds mortgage-free homes for disabled veterans, and he is involved with Phoenix Society for Burn Survivors, Rebuilding America’s Warriors (R.A.W.), and Iraq and Afghanistan Veterans of America.

Jose Rene Martinez was born June 14, 1983 in Shreveport, Louisiana to Maria Zavala. His two sisters, Consuelo and Anabel, were raised in El Salvador with his mother’s family. He never met Anabel, who died as a young child. At nine years old, J.R. moved with his mother to Hope, Arkansas, where he lived until he was 17. He then moved to Dalton, Georgia, a place he proudly calls his hometown. J.R. always loved playing football and had aspirations of becoming a pro football player, even though he was injured his junior year playing with the Bobcats in Hope. During his senior year he played strong safety for the Dalton High School Catamounts, and they went on to Georgia’s State Championship.

After high school, he joined the army. J.R. was proud to serve, as a way to give something back to a country that had already given so much to him and to his family. In September of 2002, J.R. underwent Basic and Advanced Training at Fort Benning, Georgia, where he gained skills as an 11-B Infantryman. After reporting to Fort Campbell, Kentucky, in January of 2003, he was assigned to the 2nd Battalion, 502nd Infantry Regiment of the 101st Airborne Division.

In March of 2003, J.R. was deployed to Iraq. On April 5, less than a month into his deployment, he was driving a Humvee in Karbala when his left front tire hit a roadside bomb. The three other soldiers were ejected from the burning vehicle, but he was trapped inside and suffered smoke inhalation and severe burns to 34 percent of his body. J.R. claims that while he was fighting for his life and awaiting medical help, his sister, Anabel, appeared to him giving him the strength to live.

J.R. was evacuated to a local medic station in Iraq and then to Landstuhl, Germany, for immediate care. He spent 34 months in recovery surgery at Brooke Army Medical Center (BAMC) in San Antonio, Texas. He has undergone 33 different surgeries, including skin grafts and cosmetic surgery. During recovery, a nurse asked him to speak to a burn patient, who had just seen his body for the first time and had become withdrawn. After a brief visit, the patient opened the curtain, letting light in his room and his heart. J.R. then understood the impact he had on this patient and decided to use his experience to help others. He continued to visit patients, sharing his story and listening to theirs.

While J.R.’s experience was certainly life-changing, amazingly he claims this is actually a change for the better. When he does have leisure time, J.R. likes to spend it with his family, friends, and his black lab, Romeo.

Facing Adversity with Optimism and Resilience
Plugging into Your Potential
Paying it Forward: The Return is Priceless
For Faith Based Groups
None of us knows what we’re capable of until we’re faced with a tough or unexpected challenge. Often this means having to adjust your dream or vision and sometimes event to create an entirely new goal. It can also mean getting through a tough time a week, day, hour or even minute at a time. By focusing on shorter term goals and keeping optimism (and even humor) at the forefront, your entire outlook and perspective can be transformed. We are all stronger and more resilient than we think. In facing challenges and recovering from setbacks, we have new opportunities to develop the unique gifts that have been given to us. It’s about being able to become more what you can envision at the moment.
True potential can only be realized by believing, trusting and not quitting. JR explores the power of goal setting, staying motivated, and developing the perseverance that will get you to your destination. Each fork in the road is a chance to make a decision that will take you either closer or further from your goal. If you choose correctly, there are endless possibilities. And, while keeping focused on your goal is a good thing, you shouldn’t do it to the point of ‘getting stuck.’ JR shows the importance of being open minded to new opportunities and fluid enough to respond to circumstances that, while unexpected, take you further than you ever thought possible.
All of us have the power to make an impact on a life, either positively or negatively. Our words, our actions are powerful. How we treat others not only affects them, it shapes us. And, frankly, why should we do something for someone else? The payoff is bigger than you can imagine. When you use the unique power and gifts you have inside to help others, not only do you benefit, but the person you help can teach you things about yourself in a positive light.
J.R. can tailor a talk specifically for faith based groups. His faith helped him through his ordeal and recovery, and he truly believes that God was in his corner. As J.R. says, “God doesn’t always put you in it, but having solid faith pulls you through it.”

It was a wonderful event and JR was well received. He’s so personable and accommodating!”

He was excellent! Both on and off the stage. JR…Our guy got a standing O!

“I have known J.R. Martinez since 2007, and I have to say that I have met very few people who have not only recovered but have become hugely inspirational. The truth is J.R. should not have survived, but because of this miracle he is on a mission. Now he is driving down that road with amazing speed.” 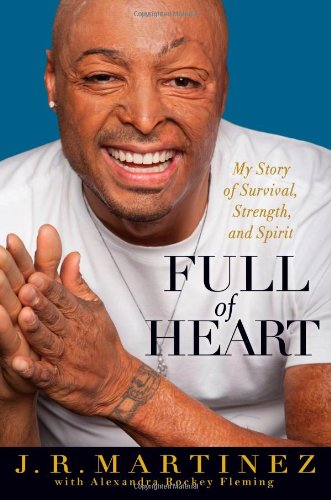 FULL OF HEART: MY STORY OF SURVIVAL, STRENGTH AND SPIRIT 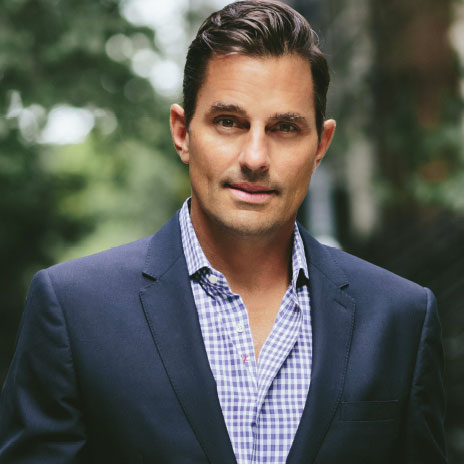