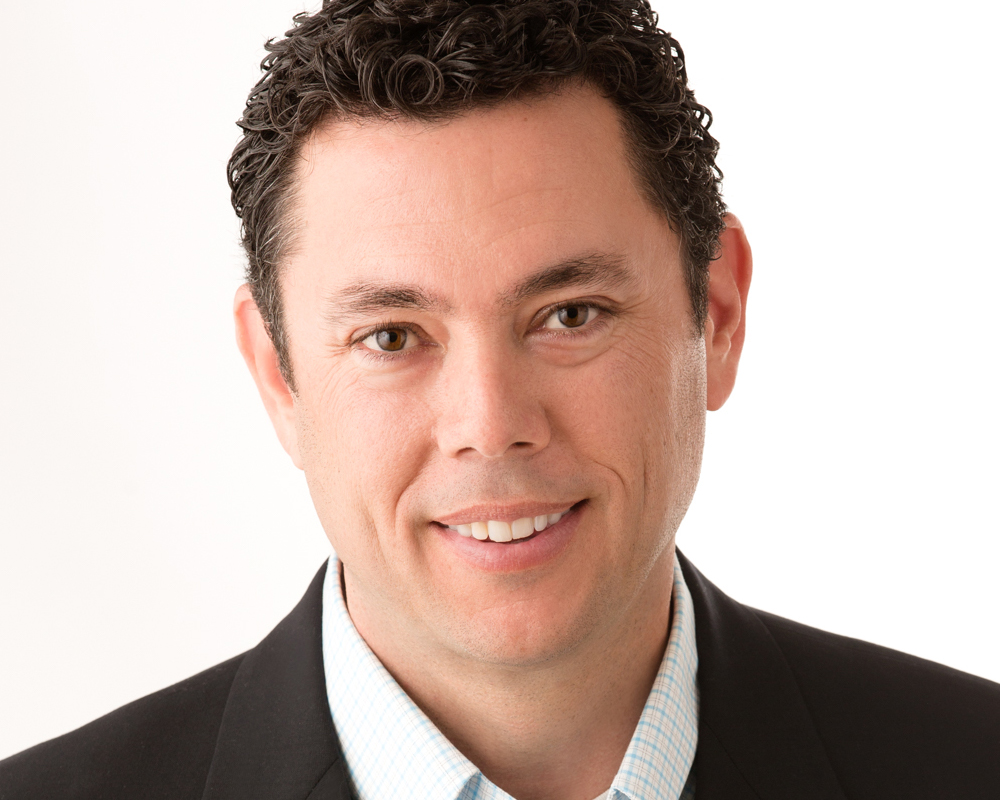 Jason Chaffetz is a contributor for the Fox News Channel and author of the New York Times best-seller The Deep State: How an Army of Bureaucrats Protected Barack Obama and Is Working to Destroy the Trump Agenda.

Chaffetz was elected to Congress in 2008 and served until 2017. He was selected by his peers to be Chairman of the powerful Oversight & Government Reform Committee, where he led investigations into the United States Secret Service, the Department of Education I.T. vulnerabilities, the Drug Enforcement Agency, the Office of Personnel Management (OPM) data breach, the Environmental Protection Agency, the Benghazi terrorist attack, Fast & Furious and the IRS scandal.

Prior to Congress, he was Chief of Staff to the Governor of Utah. A former placekicker on the Brigham Young University Football Team, he earned his BA in Communications in 1989 and then joined the local business community for 16 years before entering the public sector.

President Trump – Tweets & Beats
The Deep State: How it protected President Obama & how it fights President Trump
Oversight – What Really Happened
The American Spirit
The 3 Things You Need to Know (In the next 12 Months)

Former Congressman Chaffetz provides insight to today’s biggest issues and topics. Leaning on his eight years in Congress and his more recent personal interactions with the previous and current President, Chaffetz provides perspective to what is really happening, and not happening, in Washington D.C. From the latest on Twitter to the beat of the nation, he does it for Fox News and he will convey the same candor with your audience. Jason will share personal stories, analysis, predictions and answer questions from the audience.

You’ve likely heard of the “deep state,” but what is it, how does it work, and how does it impact your life? As the Chairman of the Oversight & Government Reform Committee in the House of Representatives, former Congressman Chaffetz shares the stories and insight while articulating what we need to do about it.

Benghazi, IRS, Fast & Furious, the Hillary Clinton email scandal, etc. Former Congressman Chaffetz, as the Chairman of the Oversight & Government Reform Committee in the House of Representatives gives the details, tells what happened behind the scenes, and lays out the case on the biggest cases you’ve heard of from Washington D.C. over the past eight years. He shares the rest of the story that needs to be told.

The United States of America is the greatest country on the face of the planet. The generations before us made the sacrifices, did the work, overcame adversity, and beat the odds to build the USA into the superpower it is today. But its time for a new generation to step up and take the mantle of responsibility, face challenges unlike any before, and make the American Dream a possibility for everyone, no matter your background or station in life. Congressman Chaffetz shares the stories of inspiration and lays out the challenges ahead for our times.

Tomorrow’s challenges will serve as catalysts for new opportunities in a wide range of areas. And, while politics inform DC’s decision-making, Rep. Chaffetz shares his data and insights from a unique perspective above the political fray.

– How will the US government’s aging tech infrastructure impact tech trends?
– What can we learn from drone implementation around the country?
– Can privacy exist in the digital age?
– Can a small pivot in government focus help eliminate cancer?

This keynote will be tailored to the needs of the attendees with direction from the event director.