America's #1 Tribute to the Monkees 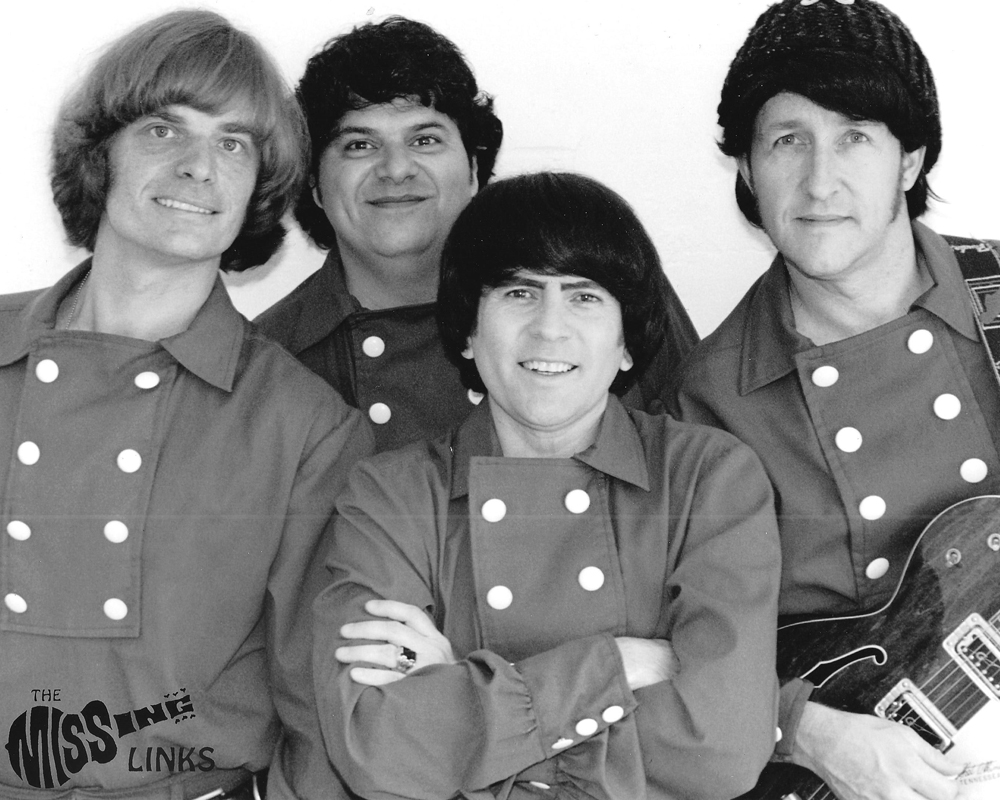 The Missing Links are an exciting tribute to the iconic 1960’s rock band and Tv show,the Monkees. All four members have performed on several gold and platinum records.The Missing Links are a wonderful family show that provide a live concert packed with comedy,energy and musicianship unlike any other tribute.The group is available for your special event.

About Daniel Lopez:
Davy Jones is amazingly portrayed by Daniel Steven Lopez.A dead-ringer for Davy Jones (he’s short and funny too!),Daniel is the founding member of the Missing Links.An accomplished actor and musician. Danny has appeared in major theater productions,Broadway,television and motion pictures.

About Ricky Cosentino:
Micky Dolenz is played by the hilarious incredibly soulful singer Ricky Cosentino. An excellent singer,drummer and energetic performer.Ricky has toured all over the world and has performed with a numerous amount of tv shows and bands.He is also a successful songwriter writing jingles and songs for movies and television.Ricky’s vocal power,drumming skills,quick wit,energy and amazing resemblance to Micky Dolenz make him a driving force in Americas only Monkees tribute band,the Missing Links.

About Tom Cosentino:
Peter Tork is played by Classically trained pianist Tommy Cosentino. A multi-talented keyboardist and bassist,Tommy, the bands Musical Director, fills out all the musical sounds for the Missing Links.He is a horn section one moment, a cool organ player the next, a steady bassist and sometimes an entire band all at once.Tom has performed with such artists as Reo Speedwagon, Kool and the Gang,and Earth, Wind, and Fire.

About Cary Park:
Mike Nesmith is performed by guitar virtuoso Cary Park.Cary’s portrayal of Mike Nesmith is absolutely spot on and fantastic! Cary is the founding member of the rock-country group Boy Howdy. One of L.A.’s top session guitar players, Cary has toured and recorded with 5 time Grammy winner Bruce Hornsby and has also worked with Jimmy Messina and Randy Meisner.

Johnny Cash Tribute
Fee Range: $3,001 - $5,000
Inquire About Virtual Fees
Read More
By continuing to browse, you consent to our use of cookies. To know more, please view our Privacy Policy. Hide