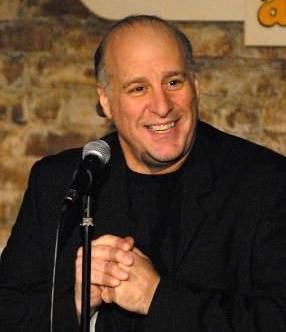 Top Clean-Comedy Speakers to Book at Your Next Event

Today, we’re sharing our most viewed speakers from our YouTube channel! Over the last year, we discovered that our most popular videos had a reoccuring theme: Clean Comedy.

Any of these unique speakers would be a perfect candidate for your next event if you’re looking to sit back, relax and have a good laugh.

Bob is known for leaving audiences in tears. He has appeared in prestigious concert halls such as Radio City Music Hall, Carnegie Hall, and Caesar’s Palace in Las Vegas. He has also appeared on many television comedy shows and has appeared on “The Tonight Show” with Johnny Carson several times. Following one performance, Carson remarked: “You can’t laugh any harder in five or six minutes than you did at that guy … Bob Nelson!”

Reached her 6’2” stature at age thirteen. Perhaps, it was an indication of a future speaking career that would soar to great heights! Jeanne has written three books on humor – Humor: The Magic of Genie, Mayberry Humor Across the USA, and Don’t Let the Funny Stuff Get Away. These books are filled with real stories that illustrate her philosophy on humor. While she enjoys making people laugh, Jeanne views the role of a humorist as more than eliciting laughter. As audiences are holding their sides and wiping tears from their faces, she makes sure that her point is clear.

Is the 2006 Winner of NBC’s Last Comic Standing as well as a Paralympic Soccer Player. He continues to break down stereotypes of people with disabilities one laugh at a time. His stand-up routine is in a constant state of evolution and his off-the-cuff improvisational skills guarantee that no two shows are exactly alike.

Is a comedian, actor, and winner of Last Comic Standing 3. He discovered his ability to entertain while he was teaching airplane mechanics. He realized it was more fun to make his students laugh. Bodden explains, “I was laid off one more time and I never looked back. Although it was nice to have a steady paycheck and benefits, I enrolled in a comedy class and the rest, as they say, is comedy history.” Alonzo describes his material as cynically good natured and has always appreciated the benefits of doing stand up comedy, one of which is having fun on stage.

Has made a career out of making people laugh. She’s been a nationally touring comedian for 25 years and can be heard daily on Sirius / XM comedy channels. She has a straight-forward approach to the realities of life. Her smart, funny, and keen observations will keep you laughing at yourself as you relate to her experiences. Whether you are looking for straight, laugh out loud comedy, or comedy with a message, clean comedian Karen Mills can inspire, energize and bring any crowd together through the joy of laughter.

Is the winner of Last Comic Standing, and Co-Creator of That Guy!™ Game. He shares an array of relatable experiences from childhood all the way to marriage and kids. In addition to headlining clubs and appearing at festivals around the world, Heffron remains in high demand as a performer for numerous Fortune 500 companies, including, Mercedes, Frito Lay, and Johnson & Johnson.

Has gained the reputation of being side-splittingly funny. He has been a proud member of the National Speakers Association for 32 years, and earned the highest Professional Speaking designation in the world, the CSP. He says, “You can repeat my little stories and opinions at work on Monday in front of anyone, even at church. Besides, I’ve had to keep my comedy clean, because my momma raised me that way.”