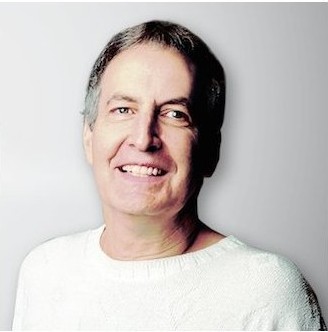 Multitasking and its Hazards by Time Management Expert Jeff Davidson

No matter how often they try, some people seem to have an inability to give you their undivided attention. 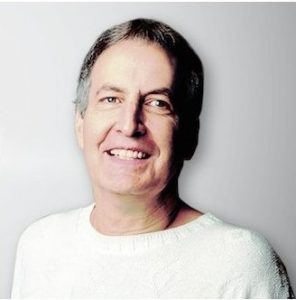 If your conversation starts off on a high note, and apparently you are receiving undivided attention, in seconds, they’re thinking about something else, looking elsewhere, or ready to move on to what’s next. It’s a frustrating encounter.

If you have a teenage son or daughter, you likely know the routine. For a moment, they’ll look up, recognize your face, say hi, and might even offer some form of expression. Within moments, following what you say, they’ve already dialed down the level of attention that they were able to muster a few seconds before.

It’s not just your children: Do coworkers, bosses, and nearly everyone else seem as if they’re racing to the beat of the multitasking drum? Racing around does not have to be your fate.

The more you know about multitasking and how ineffective it is, the more likely you’ll be able to abandon it. Multitasking is an inherently stressful way to proceed throughout your career and your life. In one university study, people who consistently switched from one task to another worked a little faster, but otherwise proved to be less productive. An article in the Journal of Experimental Psychology reported that students attempting to solve a complex math problem were nearly 40% slower when they were forced to switch to other menial tasks during the interim.

Multitaskers require as much as 50% more time to accomplish a task than otherwise. Why do they keep multitasking? It “seems” productive: they’ve got their fingers in this pie and that, and, my goodness, “look at me,” “aren’t I busy!” Yet, in addition to taking longer, they’re prone to making as many as 50% more errors than their counterparts who have the staying power to focus on the task at hand.

Why has multitasking survived for nearly two decades? Why hasn’t the typical career professional abandoned it, once and for all? First, we receive messages all day – online, in magazines, on radio and TV, from friends, in the movies, and in books and articles – that suggest it’s okay to double or triple up. “You can handle it.” Actually, most people cannot handle it. More than 90% of people are not physiologically wired to effectively engage long-term in multitasking.

Second, as the pace of society speeds up, for some individuals doing one thing at a time represents a trip down boredom lane. Hopefully, this is not you.

Third, some people erroneously believe that multitasking will enable them to finish more in the course of a day, week, month, or year, or that unless they multitask they will not be competitive and will be unable to stay even with their peers. Some believe multitasking is the only way to ‘get by.’ “I’m not good enough to slow down and focus on the task at hand.” Or, “I have to multitask, otherwise I won’t be able to sustain my livelihood.”

Sharp Attention is the Key

Your brain can only give its sharp attention in one direction at a time. For short-term tasks, or routine and familiar procedures, multitasking is not a terrible way to proceed. You run into trouble when at least one of the tasks that you’re juggling are important, such as dealing with a client or prospect, analyzing data, or following a procedure for the first time.

When you reverberate back and forth between two activities that require your sharp attention, you lose productivity with each reverberation. You might even be doing internal damage to yourself. It’s unwise to multitask if one of the tasks involves read instructions, operate heavy machinery, and driving an automobile.

Alexander Hamilton, the first U.S. Secretary of the Treasury, once said:

Men give me some credit for genius. All the genius I have lies in this: When I have a subject in hand, I study it profoundly. Day and night it is before me. I explore it in all its bearings. My mind becomes pervaded with it. Then the effort that I make is what the people call the fruit of genius. It is the fruit of labor and thought.

The top professionals in your field, in one way or another, have gravitated to doing one thing at a time.

One Thing at a Time

Hereafter, take the opportunity to do your best work. Slow down, stay focused on the task at hand, and bring it to completion. In the long run, that will enable you to go further and faster than any other method you can devise.

Jeff Davidson, MBA, CMC, aka “The Work-life Balance Expert”® offers keynote presentations and workshops on a creating work-life balance, managing the pace with grace, and thriving in a hyper-accelerated world. He has spoken to Fortune 50 companies such as Lockheed and IBM, and to American Express, Westinghouse, America Online, and Wells Fargo. Jeff is also the author of Simpler Living, Breathing Space, and Dial it Down, Live it Up. His books have been published in 19 languages including Arabic, Chinese, Japanese, Malay, Turkish, and Russian.