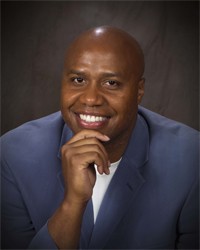 Walter Bond is passionate, inspiring and leads by example. After overcoming a devastating injury, he became the first NBA rookie free agent ever to start on opening night. Walter went on to have an eight-year professional basketball career, playing along side such NBA greats as Karl Malone and John Stockton as a guard for the Utah Jazz and the Detroit Pistons. Toward the end of his basketball career, Walter developed the ability to apply on-the-court success and teamwork to the business world when he and his wife became owners of a national franchise. Walter changed his profession but never changed his winning attitude.

In this Eagles Talent Podcast episode, host Sheldon Senek talks with Walter Bond about his climb to play in the NBA and transition to become one of the most dynamic speakers on accountability.
[display_podcast]