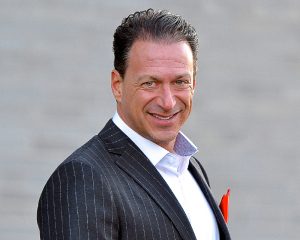 ROBERT SICILIANO, CSP, the #1 Best Selling Amazon.com author and CEO of IDTheftSecurity.com, may get your attention with his fun engaging tone and approachable personality—but he is serious about teaching you and your audience fraud prevention and personal security. Robert is a security expert and private investigator fiercely committed to informing, educating and empowering people so they can protect themselves and their loved ones from violence and crime in their everyday lives, both in their physical and virtual interactions. Robert, a Certified Speaking Professional with a “tell it like it is” style, is a favorite source for dozens of major media outlets, leading corporations and organizations looking for the straight talk they need to stay safe in a world in which physical and virtual crime is commonplace. Robert is accessible, professional, and ready to weigh in and comment with down-to-earth insights at a moment’s notice on breaking news that affects us all.

Background
When the internet was still coming of age, Robert’s startup security company’s financial holdings were under attack by cybercriminals, and he lost thousands of dollars due to credit card fraud. In becoming one of the earliest victims of internet crime, Robert gained the knowledge and experience to teach others how they can position and protect not only their companies but also themselves from falling prey to internet thieves. His years of experience, combined with extensive study, have allowed him to become one of the nation’s most well-respected and trusted experts on cybercrime. He has worked with such companies as ExxonMobil, Intel, McAfee, MasterCard, Morgan Stanley, Merrill Lynch, KPMG, MIT, Transamerica and UPS, and almost every major media outlet has turned to him for information on identity theft, internet safety, crime prevention and security.

Robert works with both private and public businesses as the president and CEO of IDTheftSecurity.com, and he teaches clients how to keep their money, privacy and data secure against acts of fraud, identity theft, corporate espionage, and purposeful or accidental exposure of private information—all acts that cost companies billions nationwide.

Personal Life
Robert lives in Boston with his wife and daughters. When not spending time with his family or educating audiences about safety, he enjoys long-distance runs (he is a six-time Boston Marathoner) an avid mariner (he’s a Flotilla Staff Officer with the United States Coast Guard Auxiliary) and rides a purple 1987 Harley-Davidson Low Rider—with a helmet to preserve his own safety, of course.

Research shows that identity theft is the fastest growing crime in the country, affecting anywhere from 10 to 13 million Americans each year, and resulting in the loss of as much as a trillion dollars in individual and business assets to fraud. Robert Siciliano describes identity theft as a perfect crime in that it is “the easiest crime to commit and the hardest crime to get caught for.” While most people simply assume identity theft affects individuals and not businesses, that assumption couldn’t be further from the truth. If you are not actively attempting to defend your business against the breach of corporate data and identity theft, you’re a victim waiting to be ripped off—and you need his expertise, now.

Robert is known throughout the country as an expert in identity theft and data breaches in the corporate world. Many members of his audience only realize the value of data protection when they themselves are ripped off or their identity compromised, but he is focused on helping companies take the steps necessary to protect their data from theft without the pain of personal experience. As a bonus, employees can easily apply much of the knowledge that he provides to their personal lives.

Every week, Robert Siciliano inevitably hears from a distressed financial advisor who has to rescue a client whose accounts have been compromised. The fact is, your moneyed clients are big targets—and they aren’t necessarily cyber savvy.

Twitter, Facebook, YouTube, YELP and LinkedIn are popular social networking sites in both the personal and professional lives of business leaders and their employees. However, the risks we face from sharing too much information are substantial—from personal security to damaged reputations to significant business liabilities that put all operations in jeopardy.

In a high-tech, information-based economy, everything we do as a business is recorded and tracked or stolen by someone—whether by your competition, criminal hackers, or a domestic or foreign authority. Once extricated from your hands, the bad guys exploit your valuable information to their advantage or use it against you.

Every few seconds, someone has his or her identity stolen. Computers are hacked, wallets are stolen, credit cards are compromised, credit is ruined…and the instigators make more in a day than most of us make in a year. The fact is, the system we function under is set up to fail—and unless consumers know their options, it’s just a matter of time before they are victimized themselves.

Every few seconds, someone’s identity is stolen because data is breached, computers are hacked, credit cards are compromised—and often, as a result, reputations are ruined. When this happens, fingers point at IT, other employees or problem clients.

There’s a new face of organized crime: Dumpster divers, criminal hackers, database attackers, carders and mules are all part of organized criminal syndicates, and the work is not all done in a smoky back room anymore—they work out of cheap hotel rooms and mahogany-paneled corporate offices.

It’s not just law enforcement professionals and first responders—ordinary men, women and children face risk every day. Consider real estate agents, auto-show presenters, nurses, and many other professionals who interact with strangers—and are often unprepared for an attack by known and unknown assailants.

Did you know mortgage and real estate fraud is one of the most profitable of all organized criminal acts? With buyers, sellers, mortgage brokers, banks, appraisers, housing inspectors and real estate agents in the mix, a combination of just a couple of these parties working together to “fudge and flip” a transaction can result in hundreds of thousands of dollars lost to myriad innocent parties—and once the fraud is discovered, the finger-pointing begins.

“If you see something, say something” is a familiar refrain on public transportation and at sporting events, but it doesn’t work without open, proactive, security-conscious minds to go with open eyes and open mouths. Every school shooting and workplace shooting—could have been prevented with crowdsourced awareness.

There’s nothing like getting out of the office and away from your troubles…until trouble finds you. Whether you are traveling for business or pleasure, there are certain pitfalls you face when leaving the comforts of home.

“We’re already talking about having Robert Back! His message was great and VERY helpful in this day and age!”

“On behalf of BP, I would like to thank you for a very memorable presentation and we look forward to having you back”

“On our meeting evaluations you scored a 9.8 out of 10 points and our members have given us numerous comments about what a wonderful and exciting presentation you put together.”

“The enthusiasm he generated within the group kept people on the edge of their seats. I would highly recommend Mr Siciliano as a speaker at any corporate event.”

“As you can see from the ratings, this seminar was very beneficial to the attendees. I look forward to working with you again.”

“It is with our sincere appreciation that we thank you for being our keynote speaker at our annual event. The information you presented was not only timely but eye-opening to many of out attendees”

“Thank you for your excellent presentation at our bankers Issues Briefings. You knew from the groups reaction that you were well received.”