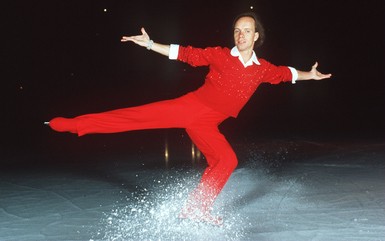 The eighth of June is celebrated globally as World Brain Tumor Day. This day was started by the German Brain Tumor Association in 2000 to help spread awareness of and provide people with information on this fatal disease. The primary goal of this day is to hopefully find a cure for brain tumors. Brain tumors affect everyone from the common citizen to world-class athletes.

Former professional figure skater and Olympic Gold Medalist Scott Hamilton knows about them all too well.

Hamilton lived out his childhood in Bowling Green, Ohio after being adopted by his foster parents at six weeks old. As a child, he encountered numerous health difficulties. When he was young, he developed a disease that made him stop growing, which lead to him being bullied by his peers at school.

Although the odd ailment began correcting itself over time, Hamilton was diagnosed with a brain tumor years later, which was thought to be the cause of his lack of growth.

Hamilton was able to overcome this obstacle and after training, trials, and tribulations, he won a gold medal in the 1984 Winter Olympics in Sarajevo, roughly 6,000 miles away from this year’s Summer Olympics in Rio de Janeiro.

While continuing to professionally skate following the Olympics, Hamilton was diagnosed with testicular cancer in 1997.  After his recovery, he kept skating professionally and became a national icon as an NBC Sports figure skating commentator. 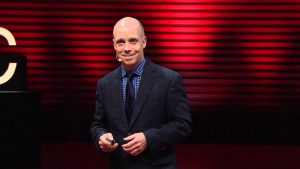 He is currently the head of the Scott Hamilton CARES Foundation (Cancer Alliance for Research, Education and Survivorship) aimed at increasing cancer patient survivorship and supporting top cancer researchers.

Today he lives outside of Nashville with his wife, Tracie, and their four children while publicly speaking about his victories both on and off the ice.