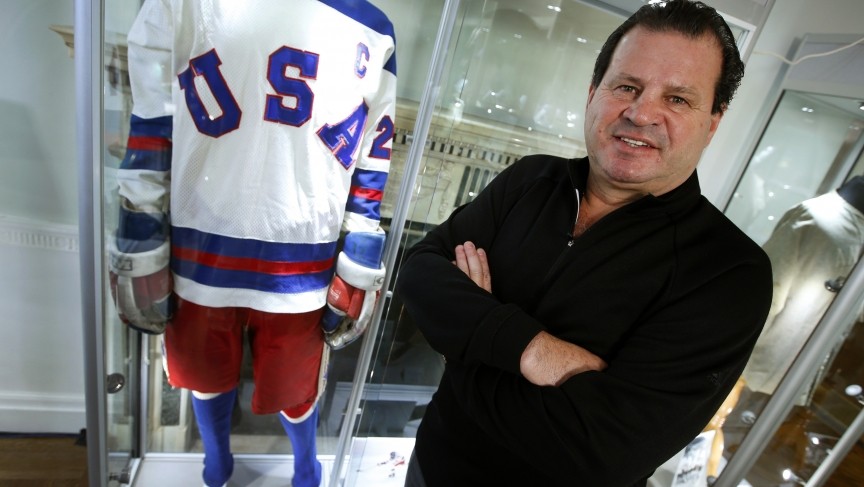 We’re in the midst of the 2014 Sochi Winter Olympics, and people still talk about the 1980 US Men’s Hockey Team. Although it’s been over 30 years since they won the gold medal, they will forever be etched in our minds as the “Miracle on Ice” team that beat the Soviet Union. This game, at the time, was bigger than big, as two countries with very different ideologies collided.  However, for the hockey team, it was only about the Olympics and winning the gold.

While time has passed, the story of this amazing Olympic team is just as inspiring — almost as if game took place last night. When you watch the video of the team captain, Mike Eruzione scoring the goal, it’s hard not to feel the excitement, as the crowd erupts into shear madness.

This team’s journey is forever captured in the 2004 Disney movie title “Miracle on Ice“, which depicts the teamwork, the sweat, overcoming adversity, the trust, and belief that they could win. Since then, the players have gone off in different directions.  Key players like Jim Craig and Mike Eruzione are now hugely successful motivational speakers, talking to corporate organizations and associations, as well as educational groups. The lessons their team learned along the way is not just for people in sports, but for people in everyday life.

How Relevant is the “Miracle on Ice”? Here is a small snapshot of recent coverage of team captain, Mike Eruzione:

NPR (Listen to the radio interview with Mike Eruzione).
Mike Eruzione remembers when  US hockey knocked off the Soviets in the “Miracle on Ice.

Watch the Goal that Won the Game: