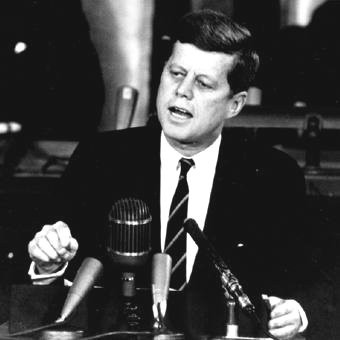 How a Speech Influences Our Future

Words inspire us into action. That’s my belief, period. I was thinking about this recently while viewing the Academy Award-Winning movie, The King’s Speech (starring the amazing Colin Firth and Geoffrey Rush).

About the movie [no spoiler here in case you haven’t seen it!]: The King’s Speech is the story of King George VI of Britain, his impromptu ascension to the throne and the speech therapist who helped the unsure monarch become worthy of it. [thank you IMDB]

Not only was the film inspiring to watch, but the speech itself was important and affected many in Great Britain, as it marked the declaration of war in 1939.

Throughout history, speeches have propelled countries into war, promoted mutual ground for peace, or achieving what was never thought possible. Consider how  John F. Kennedy’s 1962 speech challenged the entire country to get to the moon. He helped to get every young child excited about space travel—and without a doubt, I’m sure that funding increase! Even beyond that, he sent home the message to everyone, that any difficulties we face during a challenge, will be far exceeded by results and rewards we receive after.

One person can leave a lasting impact. A month ago, my son and I sat watching the “I have a dream” speech of Martin Luther King, Jr. on YouTube. It then turned into a fascinating history lesson of how America used to be, and what have become because of Dr. King. I sometimes forget how untouched my seven-year-old son is by prejudice. To my son, a person is a person (and is not judged by race, but rather, by actions—for my son, that means if his friends are nice, share, and play fair with Legos!). The point is, I grew up learning the importance of Dr. King and the equality he stood for—and his message is one that I hope is passed down from generation to generation.

“I have a dream that my four little children will one day live in a nation where they will not be judged by the color of their skin, but by the content of their character.” —Martin Luther King, Jr.

True, I’m only touching on a few speeches out of thousands that have changed and shaped our world. However, don’t limit great speeches to just famous people or world leaders. It may be your local mayor, a high-school football coach, a CEO of a company, a parent—whether they are famous or not, there’s a real opportunity to leave a lasting impact.

After all, speeches give us something to rally behind (think John Belushi in Animal House), they give us passion, (think Rocky after his boxing matches), they give us a reality check (think Charlie Chaplin’s The Great Dictator).

The power of word—the speech—the speaker. This is why what we do as a speakers bureau is so exciting.  It’s not a question of when we’ll be influenced–it’s a question of who?

Enjoy this clip of 40 famous movie speeches in 2 minutes!

Who do you have speaking at your next event? If you want to make an impact, visit our contact us page.