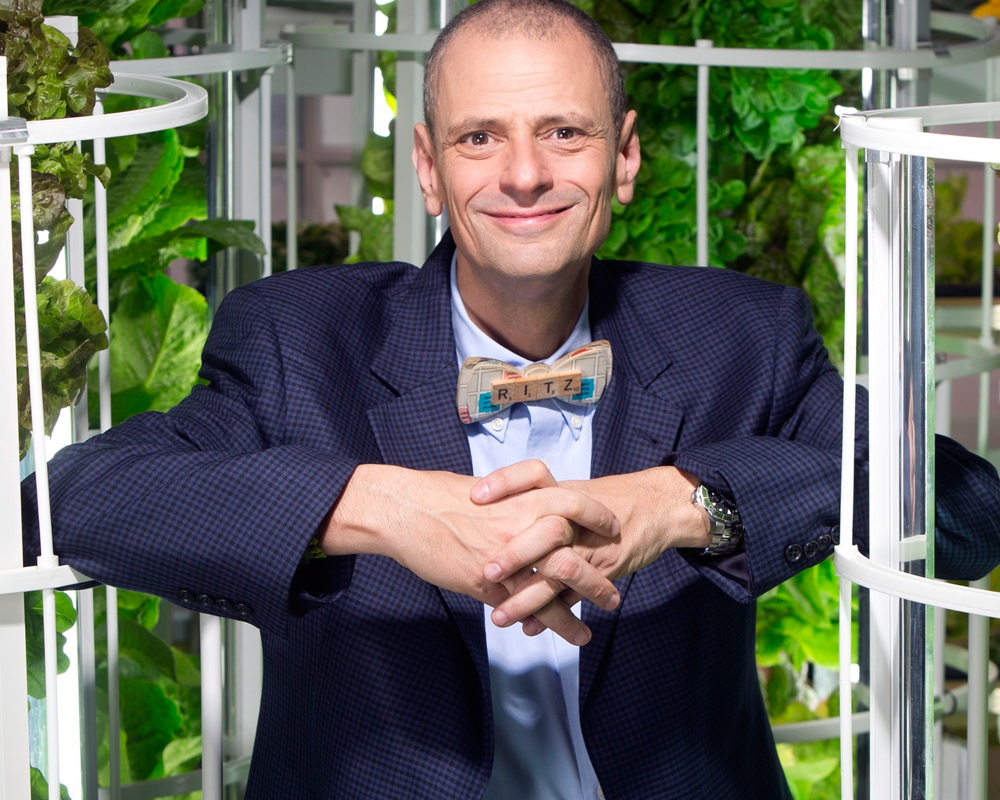 Stephen Ritz is a South Bronx educator / administrator who believes that students shouldn’t have to leave their community to live, learn, and earn in a better one. Moving generations of students into spheres of personal and academic successes which they had never imagined — while reclaiming and rebuilding the Bronx — Stephen’s extended student and community family have grown more than 40,000 pounds of vegetables in the Bronx while generating extraordinary academic performance. Recently named a 2015 Top Ten Finalist for the $1m Global Teacher Prize, Stephen’s accolades include a 2016 Project Based Learning Champion Award, 2016 Health Champion Award, 2016 Dr. Oz Award, 2015 BAMMY Laureate – Elementary Educator of the Year Award, 2014 Greenius Award, 2014 Green Difference Award, 2013 Latin Trends Award, ABC Above and Beyond Award, Chevrolet / General Motors National Green Educator Award, USS Intrepid Hometown Hero Award, NYC Chancellor’s Award and various others.

Stephen helped earn his school the first ever Citywide Award of Excellence from the NYC Strategic Alliance for Health and directly attributes these results to growing vegetables in school. The National Association of Secondary School Principals cited Stephen’s work and Green Bronx Machine as one of five national exemplars of service learning. In 2016, Stephen was invited by the White House to present at State of STEM – installing an indoor garden in the process; a replica of Stephen’s class was installed in the United States Botanical Gardens as well. In 2014, Stephen’s fourth and fifth grade students accepted a personal invitation from White House by Chef William Yosses to visit the White House and exchange ideas about food literacy. Consequently, Stephen and his students hosted Chef Yosses and an international team at their school using food grown in his classroom. Today they partner together in the Bronx and have presented annually at the New York Times Tastes of the World Travel Show and have hosted visitors from around the globe.

Stephen’s Bronx classroom featured the first indoor edible classroom in NYC Department Of Education, which routinely generated enough produce to provide healthy meals to 450 students while training the youngest nationally certified workforce in America. His programming is approved for School Garden to School Cafe; growing the food served in school in classrooms all year long. His students have embarked on growing projects from Boston to Rockefeller Center to the Hamptons and beyond — all while earning living wages en route to graduation. They have gone on to install over 100 gardens in NYC and countless across America and around the globe. Recently, Stephen and his students were featured by NPR – Fifty Great Teachers and PBS in the American Graduate Series.

Affectionately known as “America’s Favorite Teacher,” Stephen has moved attendance from 40% to 93% daily, helped partner towards 2,200 youth jobs in the Bronx and captured the United States EPA Award for transforming mindsets and landscapes in NYC. A strong advocate for Project Based Learning, Stephen is an annual presenter for the Buck Institute and works with school districts and universities across the country. Stephen has worked with and conducted professional development for the AFT, UFT as well as charter, independent, public and private schools around the world.

American Teacher: Heroes in the Classroom identified and featured Stephen as one of the top fifty teachers in America. Internationally, he consults with Instituto Thomas Jefferson in Mexico, lectures for the Hebrew University, was named a Delegate at WISE (World Innovation Summit for Education), and recently spoke at Congreso Nacional de Educacion in Medellin, Colombia. Stephen has received standing ovations from coast to coast, continent to continent and around the globe.

Stephen’s 2008 speech at Columbia University, entitled “From Crack to Cucumbers,” along with the release of a YouTube Video, “Urban Farming NYC,” resulted in a national following, including an invitation to the White House Garden. Dubbed the Pied Piper of Peas by Lorna Sass, Stephen launched Green Bronx Machine to a national audience and was selected as a national Green Apple Education Ambassador for the US Green Building Council and Center for Green Schools. Currently, Stephen is working on embedding the concepts of sustainability, food, energy and environmental justice aligned to content area instruction into K-12 programming and beyond. In 2015, Stephen launched the first ever independently financed National Health, Wellness and Learning Center in a 100+ year old reclaimed school library in the South Bronx at Community School 55. Green Bronx Machine celebrated a 2014 Best of Green Schools Award — one of only ten recipients across the United States.

Stephen has electrified and inspired audiences of all types with his “Si Se Puede” message of hope, urgency, resilience and Amer-I-Can innovation. In 2015 Stephen was invited to speak at the Clinton Global Initiative on Earth Day. Recently, Stephen received a standing ovation at Lincoln Center and presented at What Works in Dubai for KHDA, Knowledge and Human Development Authority, and received the first standing ovation in the history of the event. Stephen has had featured roles in major documentaries including Michael Pollan’s In Defense of Food, Susan Rockefeller’s Food for Thought, Commerce of Tomorrow’s The Future of Food and the Jennifer Lopez Special Neighborhood Sessions. In 2014, he keynoted the Green Schools National Conference, Innovation Land, American Institute of Architects and WOBI (World of Business Ideas), Landmark’s Social Innovation Summit, amongst numerous others – all to standing ovations.

In February 2013, Stephen received the first standing ovation in the thirteen-year history of Green Biz and went on to standing ovations at the United Nations Social Innovation Summit and City Resilient. In 2014, he keynoted the Green Schools National Conference, Innovation Land, American Institute of Architects and WOBI (World of Business Ideas), Landmark’s Social Innovation Summit, amongst numerous others – all to standing ovations. Stephen has worked with and consulted for Fortune 100 / 500 companies. He uses his platform of public speaking to support numerous philanthropic activities locally, nationally and abroad.

To date, Stephen’s work has been featured in Forbes, Fast Company, USA Today, New York Times, Wall Street Journal, and on ABC, CBS, CNN, FOX, NBC, TNT, Disney, NPR, PBS, Univision, Upworthy and in many international media outlets. His TEDx Manhattan Talk boasts over 975,000 views – ranked in the Top 10 Food / Education TED Talks of all time and is used for teacher training / workforce development globally. Stephen is an Office Depot featured teacher – Teachers Change Lives! In 2013, the United States Department of State and New York Foreign Press Corps toured representatives from 40 countries across Stephen’s worksites and classrooms. Dedicated to harvesting hope and cultivating minds, Stephen dreams of opening a nationally replicable Career Technical Education public school rooted in urban agriculture, green, and sustainable initiatives. Stephen recently lost more than 100 pounds by modeling positive behavior and eating what he and his students grow in school. Stephen believes that together, via collaboration, coalition and get to yes solutions, we can all prosper!

The Power of a Plant

In this inspirational presentation, Stephen Ritz shares the unlikely stories of how he and his students farmed their way to from the poorest congressional district in the country all the way to the White House and beyond. Through the integration of green technologies aligned to STEM content areas, coupled with innovative solutions for inspiring healthy habits, Stephen teaches audiences how he improved test scores, attendance rates, graduation rates, and how he lost more than 100lbs himself! In a community with 25% unemployment, Stephen has partnered towards the creation of more than 2,200 jobs and shares with audiences the practical stories and actionable advice about how they too can affect great change in their communities!

“The feedback was overwhelming and everyone was truly motivated”

“Thank you! You were super inspiring and we’re very much looking forward to our next event together.”

“Thank you Stephen! Your speech was both passionate and inspiring and really connected with the audience.”

“In this 8 years of Tengelmann e-day I have never seen a standing ovation from the audience until now! You rocked the stage with your enthusiasm! We are so impressed, thank you so much.”

The Power of a Plant 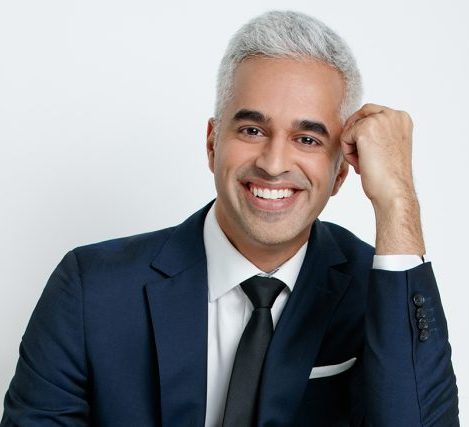 Branding Strategist
Fee Range: $20,001 - $30,000
Inquire About Virtual Fees
Read More
By continuing to browse, you consent to our use of cookies. To know more, please view our Privacy Policy. Hide