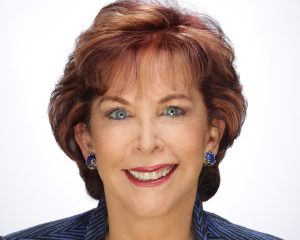 Terry Savage is a nationally known expert on personal finance, the markets and the economy. She writes a nationally syndicated financial column for the Chicago Sun-Times. She is also a regular contributor to TheStreet.com and Moneyshow.com, the popular investing websites. Terry is also co-host of a daily 2-hour morning television show in Chicago, Monsters and Money in the Morning, on CBS-TV, featuring talk about money, the markets, business, and sports.

Terry’s most recent book is The New Savage Number: How Much Money Do Really You Need to Retire? Released in September, 2009 this completely new edition of her previous book is climbing the best-seller lists. The first edition hit the “Top 20” list on Amazon.com. Her previous best-seller, The Savage Truth on Money, was named one of the ten best money books of the year by Amazon.com, and was made into an hour-long television special which aired on PBS.

Terry’s financial expertise comes from experience. She started her career as a stockbroker, and became a founding member — and the first woman trader — on the Chicago Board Options Exchange. Savage was also a member of the Chicago Mercantile Exchange where she traded interest rate contracts and currency futures. She is a registered investment advisor for both stocks and futures.

Terry Savage has won numerous awards, including the National Press Club award for Outstanding Consumer Journalism, and the Outstanding Personal Finance Columnist award given by the Medill School of Journalism at Northwestern University and two Emmys for her television work.

Savage takes an active role in America’s business community. She serves on the Board of Directors of the Chicago Mercantile Exchange Group, and previously served on the boards of McDonald’s Corporation for 14 years and Pennzoil-Quaker State Corporation for 5 years. She was a recipient of the Director’s Choice Award honoring selected women who serve on America’s top corporate boards.

She is a Phi Beta Kappa graduate of the University of Michigan, where she won a Woodrow Wilson Fellowship in American Studies.

Terry is a nationally recognized expert on the economy, the markets and personal finance.

As a business and personal finance expert, Terry Savage shares her vast knowledge of the economy and financial markets in order to inform and educate her audience. Covering topics like, retirement, 401(k)s, annuities, investing, saving, and more, she offers individuals and organizations insights and practical advice that will make them more financially sound and savvy.

Terry Savage started her career as a stockbroker and became a founding member—and the first woman trader—on the Chicago Board Options Exchange. This experience gave her the expertise to navigate the very complex world of Wall Street. In her presentations, Savage addresses the current state of Wall Street and the economy, the ramifications for businesses and individuals, and what you can do to improve your financial situation given the current circumstances.

Corporations use Terry’s respected advice and independent point of view to educate their employees about benefits programs, company retirement plans, and overall financial planning. Ask Walmart, Allstate, Walgreens, CNA Insurance, McDonalds, and others who have brought Terry back year-after-year to refresh and update their employee’s knowledge of personal investment and retirement planning — from the basics of wise use of credit to the importance of investing for growth in the company plan.

“Everything went very well and our group seemed to very much appreciate the opportunity to hear Terry’s message.”

“Terry Savage was excellent yesterday! We were very pleases with her presentation and I think everyone who attended the conference was as well.”

The Savage Truth On Money

Health Policy Expert
Fee Range: Call For Fee
Inquire About Virtual Fees
Read More
By continuing to browse, you consent to our use of cookies. To know more, please view our Privacy Policy. Hide