Amaze, enchant and motivate your group with The World’s Foremost Mind Reading Duo! During the early 19th century, a small number of married couples gained significant notoriety with performances called Second Sight. The Evasons are one of very few couples in history who have mastered this unusual talent. For over 30 years, they continue to travel around the globe and carry on this rare and mysterious tradition.

When you see the Evasons, you’ll understand why Penn & Teller said: “The kind of mental gymnastics that are done on this are unbelievable. This is one of those rare acts where the more you know about it, the more amazing it is. This act is so good – we’ve never seen better!”

The Evasons have appeared on NBC, CBS, FOX, Discovery Channel, and on Penn & Teller’s international primetime TV show, Fool Us. They’ve traveled to over 35 countries to appear at private parties, corporate meetings, gala banquets, entertain troops overseas and headline cruise ships and casino showrooms. They are the only mentalists in history to perform at an NBA halftime show before 18,000 people!

They’ve appeared at the world-famous Comedy and Magic Club in Hermosa Beach, the Great American Comedy Festival at the Johnny Carson Theatre in Nebraska, and they’ve headlined at the prestigious Magic Castle in Hollywood. They’re also known for their $100,000 pledge to anyone who can prove they use audience stooges or secret communication devices such as hidden earpieces, microphones or cameras!

The Evasons have been honored with some of the top awards in their field. They are the first mentalists in history to receive the esteemed Milbourne Christopher Award from the Society of American Magicians (past recipients include David Copperfield, Doug Henning and Siegfried & Roy). They were awarded the highest honor for distinguished professionalism by the Psychic Entertainers Association. They are the only mentalists ever to receive the “SARMOTI Award” which legendary magicians Siegfried Roy present to their favorite act in Las Vegas. They’ve also been nominated for Stage Entertainers of the Year by the Academy of Magical Arts in Los Angeles.

The Evasons’ interactive show is not only extremely entertaining and engaging, it challenges and motivates people to open up their minds to new possibilities. Jeff & Tessa can easily integrate business messages and ideas based on focus, teamwork, synergy, multi-tasking, time management, intuition, self confidence, memory, diversity and communication.

BRINGING A WHOLE NEW DIMENSION TO THE WORLD OF CORPORATE ENTERTAINMENT!
A UNIQUE INTERACTIVE EXPERIENCE!
GET READY FOR PRAISES GALORE!
WHO ELSE WANTS AN EVENT TO REMEMBER?

The Evasons will demonstrate great insights into the mind, all conveyed in an exciting, engaging, and incredibly fun manner!

How would you like The Evasons to add an element of exclusivity to your corporate event? Bringing People Together…Sharing A Rare Experience!

The Evasons will thrill everyone with up to 70 minutes of audience participation and fun, tailoring a unique presentation for an intimate group or an enthusiastic auditorium!

“The entire audience was in awe over your show which helped make this the most up-beat and motivational end to a year that I can remember.”

“As you’ve most likely realized from the standing ovation, the company is still buzzing!”

“The Evasons are consummate professionals with a deft comedic touch and they thoroughly entertained our group. I would recommend their act to any of my colleagues or clients.”

“The entire audience was in awe! You do a great job not only presenting a remarkable show, but connecting to the company and making it relevant to the audience.”

“Our planning committee had a difficult time deciding on entertainment…I am so pleased to say that our decision to go with The Evasons was more than we could have expected. Their professionalism was way above standards.”

“What a show! Our clients loved it! You wowed and amazed our clients and our staff.”

“Your involvement contributed to the success of our event. This party was the best yet!” 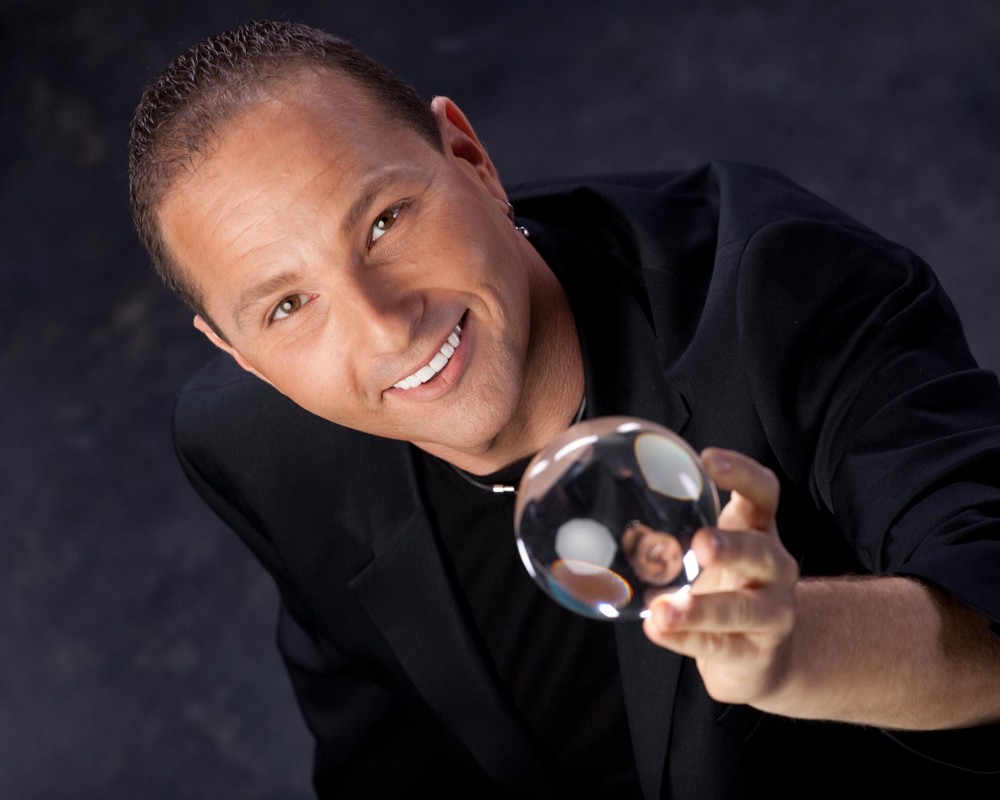 Master of the Mind, International Multi-Sensory Entertainer
Fee Range: $10,001 - $15,000
Inquire About Virtual Fees
Read More
By continuing to browse, you consent to our use of cookies. To know more, please view our Privacy Policy. Hide