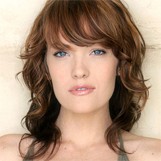 To a Greater Goal: Three Keynote Speakers to Pay Attention to this Summer

This summer, the Women’s World Cup theme is: “To a Greater Goal.” It teaches that no matter how great the goal, we have the ability to reach it.

In honor of this theme, here are three inspirational keynote speakers that you should be rooting for on and off of the field:

At 19, after experiencing flu-like symptoms, Amy Purdy was rushed to the hospital in a state of septic shock. Due to the lack of circulation she had suffered doctors had to amputate her legs below the knee. After adjusting to her new body, Amy entered the USASA National Snowboarding Championship, where she won medals in three events. Today, she is one of the top ranked adaptive snowboarders in the world, has won multiple World Cup medals and appears poised to be on the podium at the upcoming 2014 Paralympic Games in Sochi, Russia. She is the only double leg amputee competing at the world class level. Her positivity and determination is an inspiration to all. As a speaker, she shares her remarkable story with audiences everywhere and inspires them to keep going forward, despite the odds stacked against them. 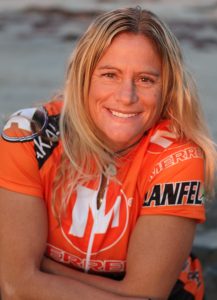 Robyn Benincasa is the founder of World Class Teams, a world champion adventure racer, a CNN Hero, former corporate sales expert and a full time firefighter who advises organizations on building World Class Teams of their own. An expert in teamwork, Robyn draws upon her experiences as an athlete and tailors her core themes for a wide range of audiences. Whether you’re trying to beat the competition to market, scale a looming mountain of a project or simply get your team all marching in the same direction, Robyn’s 8 Essential Elements of Human Synergy will coach you to the finish line of success.

Making history is nothing new to Carey “Vixen” Lohrenz. She is the first female F-14 Tomcat Fighter Pilot in the U.S. Navy. In her motivating and engaging keynote presentations, Carey shares her fascinating experiences operating in one of the world’s most challenging environments – an aircraft carrier. She is uniquely qualified in the fundamentals of winning under pressure, reducing errors and overcoming obstacles. Her mastery of these fundamentals can help your team triumph in this high-risk, time crunched world. Most importantly, her message transcends audiences, and not only helps individuals get better, but provides motivation and optimism for every workplace.