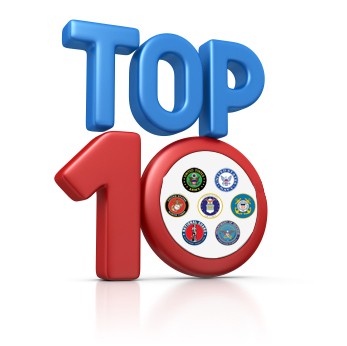 Our Salute to Service: Top 10 Military Keynote Speakers of 2018

o many people in the military sacrifice everything for our freedom. Whether they are currently serving or a veteran, it’s important that we show our appreciation for all that they do. November provides several opportunities to do this, Military Family Month, Veterans Day and the NFL’s Salute to Service, in honor of military appreciation.

These incredible keynote speakers are all talented veterans of the US Military and other branches. They cover a wide variety of topics from leadership, team building, overcoming adversity and more. They provide memorable presentations that are perfect for any audience.

Consuelo Castillo Kickbusch is a retired Lieutenant Colonel of the US Army and leadership expert. During her time serving, she broke barriers and set records by becoming the highest-ranking Hispanic woman in the Combat Support Field of the U.S. Army. As a speaker, Consuelo is known for being charismatic and passionate in her presentations. She shares her story with people of all ages and creeds, and has a strong dedication to saving the youth of America.

Kevin Lacz is a former Navy SEAL sniper, breacher, and combat medic who served in Iraq. Kevin also co-starred in the Oscar-winning film American Sniper, alongside Bradley Cooper. In his presentations, Kevin tells stories about his service as a Navy SEAL and uses that to show how companies overcome risks while performing at a high level. Kevin is a true team player who guides his audiences on how to work together as a team, and what it takes to be a leader.

Michael Strobl enlisted in the Marine Corps and went on to become a second lieutenant serving around the world. Before retiring from the Marine Corps, Michael wrote a personal memoir called Taking Chance, which was later adapted into an HBO film and nominated for two Golden Globe awards and ten Emmy awards. Currently as a keynote speaker, Michael speaks on topics like overcoming adversity, motivation and more.

As the first female F-14 Tomcat Fighter Pilot in the U.S. Navy, Carey Lohrenz is used to working in fast moving, dynamic environments. In her motivating and engaging keynote presentations, Carey provides effective team-building methods for leaders to encourage their organizations to reach peak performance. And her experience in the all-male environment of fighter aviation has allowed her to deliver insight and guidance from a credible platform on Women’s Leadership Issues.

Mike Abrashoff is the Former Commander of the USS Benfold and author of It’s Your Ship. He’s at the center of one of the most remarkable modern day stories of organizational transformation. When Mike became Commander of USS Benfold, it had low morale and poor performance evaluations. But within a year, Mike helped it become #1 in performance – using the same crew. Mike proves that good leadership can really make a difference in an organization, and he’s a popular keynote speaker for audiences looking to improve organizational performance.

Founder & CEO of Afterburner, Inc., Jim Murphy, has a unique and powerful mix of leadership skills in both the military and business worlds. Jim served in the U.S. Air Force and became a flight leader where he flew missions to Central America, Asia, Central Europe and the Middle East. After this he created Afterburner Inc., which is is designed to help others succeed. As a talented public speaker, Jim gives companies insight on how to become more profitable.

Not long after Rocky was drafted to the NFL Pittsburgh Steelers he was drafted into the Vietnam War. Rocky received wounds that threatened to end his football career before it began. But he fought his way back and not only made the Pittsburgh Steelers again, but also became a starting running back for the team that won four Super Bowls and became the greatest football team of the 20th century. Rocky imparts the life lessons that helped him overcome the trying circumstances that threatened to derail not only his career and life with organizations.

As an F-15 pilot, Thor escorted the U.S. President through the sky and flew missions to ensure the safety of the country after the attacks of 9/11. He is also one of a small number of fighter pilots that has been trained as a safety professional through the Air Force Safety Officer’s Course. After being diagnosed with Stage III cancer, Thor decided to give back instead of giving up, and started a youth outreach program in San Antonio that helps at-risk kids. In addition to all these incredible feats, Thor is a keynote speaker who speaks on topics like motivation and overcoming adversity.

Retired Chief Warrant Officer Four, Michael Durant is a best-selling author and the inspiration for the movie Black Hawk Down. The movie is based on Michael’s horrific experience being held as a prisoner of war. Michael turned took this experience and turned it into a powerful story of survival and motivation. As a inspirational keynote speaker, he shows companies and individuals how they can succeed through better planning, motivation, and adaptation despite the obstacles they may encounter.

Scott Waddle is an acclaimed Naval Officer and leadership expert. Scott faced a a tragic accident when his submarine performed an emergency surface maneuver and collided with a Japanese fishing training vessel. The accident killed nine people and the story made headlines. However, Scott demonstrated an uncommon strength of character, integrity and uncompromising ethical conduct in accepting responsibility for the actions of his crew. As a speaker, Scott is candid and connects with his audiences by delivering a powerful message that failure is not final.

For more information on booking a military keynote speaker for one of your events, check out www.eaglestalent.com or call our office at 1.800.345.5607.