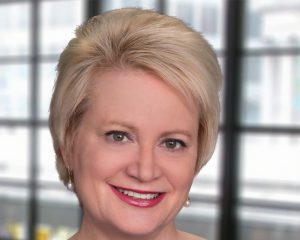 Susan Dentzer is one of the nation’s most respected health and health policy thought leaders and a frequent speaker and commentator on television and radio, including PBS and NPR, and an author of commentaries in Modern Healthcare, the New England Journal of Medicine and other prominent publications.  She is a Senior Policy Fellow at the Duke-Margolis Center for Health Policy, the Washington, DC-based arm of Duke, where she focuses on health system transformation, biopharmaceutical policy, and other key health policy issues.   She is also the editor and lead author of the book Health Care Without Walls: A Roadmap for Reinventing U.S. Health Care.

Dentzer previously served as President and Chief Executive Officer of NEHI, the Network for Excellence in Health Innovation; was senior policy adviser to the Robert Wood Johnson Foundation; editor-in-chief of the journal Health Affairs; and on-air Health Correspondent for the PBS NewsHour.  She is an elected member of the National Academy of Medicine and the Council on Foreign Relations and is a fellow of the National Academy of Social Insurance and the Hastings Center.  She is a member of the Boards of Directors of the International Rescue Committee;  Research!America; and the Public Health Institute.  She also serves on the RAND Health Board of Advisors and the global public policy advisory committee for Roche.

Dentzer graduated from Dartmouth, is a trustee emerita of the college, and chaired the Dartmouth Board of Trustees from 2001 to 2004. Dentzer holds an honorary master’s degree from Dartmouth and an honorary doctorate in humane letters from Muskingum University.   She and her husband, Charles Alston, have three adult children.

Dentzer moderated a webinar series for the Patient-Centered Outcomes Research Institute in March-May 2020 that captured how hospitals and health systems across the country reinvented care amid COVID-19.   Day by day, they adopted new approaches in treating patients – including virtually — and moving them through emergency departments, ICU’s, and discharge areas.  What promising practices emerged during the pandemic and what lessons lie ahead – particularly if a new wave of infections emerges in the fall of 2020?

“The COVID-19 pandemic, the loss of health insurance, and unemployment at Depression-era levels has brought renewed focus on a range of health reforms aimed at providing universal health insurance coverage, particularly as the November 2020 elections approach.   Some proposals would build on and extend the reforms inherent in the Affordable Care Act; others would go further to create a single-payer system and abolish private health insurance.   There are also a variety of competing reforms in between; Democratic Presidential candidate Joe Biden, for example, endorses a Medicare “buy-in” for those age 55-65. In her presentation, Dentzer can describe the origins of “Medicare for All” and Medicare buy-in proposals in longstanding calls for national health insurance; delineate the specific “Medicare for All” and related proposals; discuss the implications for hospitals, health systems, insurers, and individuals; and weigh the political prospects of all of these reforms.   She can also provide an update on Trump administration initiatives, and on litigation over the Affordable Care Act that could affect the political and health reform landscapes.

The COVID-19 pandemic has brought about a dramatic surge in virtual health care delivery by telehealth and related means.   Will this shift be permanent?  What are the implications for health care providers and consumers?  Dentzer will build on her 2018 book, Health Care Without Walls: A Roadmap for Reinvention with current examples of how health care delivery is changing and what it means.

Implications for Primary Care” was the subject of a 2018 webinar that Susan led for the Patient Centered Primary Care Collaborative.  She has updated the presentation to take into account the impact of the COVID-19 pandemic.

Dentzer has a version of the Health Care Without Walls presentation specifically geared to the oncology community and the needs of cancer patients.

When it comes to the population’s health, the United States was a divided country well before the COVID-19 pandemic.   Even as well educated, upper-income Americans are living longer, hundreds of thousands of others are experiencing “deaths of despair” that result from chronic disease, mental and behavioral conditions, suicide, and substance abuse — and that may have its roots in economic decline.   The pandemic has produced very disparate death rates among African-Americans and Latinos versus whites, and among people with comorbid conditions versus healthier populations. How can the nation improve the health of its overall population and address the health crises afflicting so many? Susan Dentzer will discuss the issues and options available.

“Highly recommended! Susan brought tremendous background and context regarding health care policy and did so with a style that was simultaneously authoritative and stimulating. Her commentary stimulated a thoughtful dialogue with the audience.”