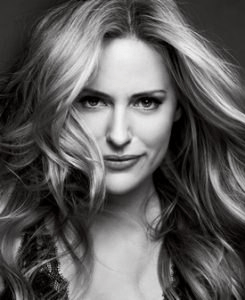 Aimée Mullins is currently on the hugely successful, Emmy-nominated Netflix series Stranger Things, which is now the most-searched for title in Netflix history. 8.2 million people watched the entire series in the first sixteen days.

Aimée has also acted in a varied range of film and television roles alongside such talent as Rupert Friend, Vera Farmiga, Michael Shannon and Maggie Gyllenhaal.

Aimée’s film debut was a starring role in the highly acclaimed film Cremaster 3, by contemporary artist Matthew Barney, first presented in the US at the Guggenheim Museum in 2003. The Guardian called it “one of the most imaginative and brilliant achievements in the history of avant-garde cinema.”

She continued her work with Barney in River of Fundament, an adaptation of Norman Mailer’s novel ‘Ancient Evenings’, in which she starred as Isis. Chronicling the seven stages of a soul’s journey from death to rebirth, each filmed chapter is also accompanied by a one-time only live performance. The work, a six-hour operatic epic, premiered at Brooklyn Academy of Music in February 2014.

Aimée Mullins first received worldwide media attention as an athlete. Born without fibulae in both legs, Aimée’s medical prognosis was discouraging; she was told she would never walk and would likely spend the rest of her life using a wheelchair. In an attempt for an outside chance at independent mobility, doctors amputated both her legs below the knee on her first birthday. The decision paid off. By age two, she had learned to walk on prosthetic legs, and spent her childhood swimming, biking, skiing, playing softball and soccer with everyone else.

After graduating high school with honors, Aimée was one of three students in the US chosen for a full academic scholarship from the Department of Defense, and at age 17 became the youngest person to hold a top-secret security clearance at the Pentagon, where she worked as an intelligence analyst.

While a Dean’s list student at the prestigious School of Foreign Service at Georgetown University, she set her sights on making the US Team for the 1996 Atlanta Games. She enlisted the expertise of Frank Gagliano, one of the country’s most respected track coaches. Through this partnership, she became the first woman with a “disability” to compete in the NCAA, doing so on Georgetown’s nationally-ranked Division I track team.

Aimée set her sights on becoming the fastest woman in the world on prosthetic legs, and began to wonder why legs made for sprinting wouldn’t be modeled on those of the fastest land animal, rather than just those of a human. Working in collaboration with a cutting-edge biomedical engineer and a visionary prosthetist she went on to set World Records in the 100 meter, the 200 meter, and the long jump, outfitted with woven carbon-fiber prostheses that were modeled after the hind legs of a cheetah.

These legs, which Aimée Mullins was the first to wear, are now the international standard for amputee runners.

After a profile in Life magazine showcased her in the starting blocks at Atlanta, the world took notice. Aimée soon landed a 10-page feature in the inaugural issue of Sports Illustrated for Women, which led to her accepting numerous invitations to speak at international design conferences.

The discourse regarding aesthetic principles sparked Aimée’s interest in issues relating to body image and how fashion advertising impacted standard notions of femininity and beauty. In 1998, Aimée made her runway debut in London at the invitation of one of the world’s most celebrated fashion designers, Alexander McQueen. Walking alongside the supermodels of the world, Aimée’s groundbreaking, triumphant turn propelled her onto the magazine covers of ID and Dazed and Confused.

After then making her mark in the highest echelons of the fashion press (Vogue, Harper’s Bazaar, W, Glamour, and Elle), she was also named as one of People magazine’s “50 Most Beautiful People in the World”, Esquire’s “Women We Love,” Jane magazine’s “10 Gutsiest Women,” Sports Illustrated’s “Coolest Girls in Sport,” and was celebrated as the “Hottest Muse” in Rolling Stone’s annual Hot List. In 2011, she was named as the new Global Brand Ambassador to the world’s largest beauty brand L’Oréal Paris, another cultural milestone.

An influential voice in today’s culture, she is regularly invited to share her ideas at global conferences, such as the world-famous TED conferences, where she is one of their most popular speakers and was named a TED All-Star. Her talks have been translated into 41 languages and have been seen by millions of viewers worldwide.

In 2012 she was designated a Young Global Leader by the World Economic Forum in Davos, Switzerland. In 2017, Aimée was inducted into the National Women’s Hall of Fame joining fellow honorees “whose leadership and achievements have changed the course of American history.”

Aimée Mullins serves on the boards of various non-profit organizations, most notably the Women’s Sports Foundation, founded by Billie Jean King, of which Aimée was elected President from 2007 to 2009. Aimée also had four years as Vice-President for the nation’s oldest non-profit employment service for persons with disabilities, ‘Just One Break’. She was the first woman on the board since the organization was founded in 1947 by Eleanor Roosevelt. As Secretary of State in 2012, Hillary Clinton appointed her to the State Department’s ‘Council to Empower Women and Girls Through Sports’.

Aimée’s impact on modern society and her influence on future generations is undeniable.

Her likeness has been immortalized in exhibits at institutions such as the Smithsonian, the Metropolitan Museum of Art, the NCAA Hall of Fame, the Victoria and Albert Museum, the Tate Modern, the Track and Field Hall of Fame, and the Women’s Museum, where she is honored for her contribution to sport among the “Greatest American Women of the 20th Century.” She was inducted into the National Women’s Hall of Fame in 2017. In 2018, she delivered the commencement speech for Northeastern University, to an audience of 22,000, and received both an Honorary Doctorate of Humane Letters and a standing ovation.

As the pace of business accelerates and established industries spin-off, evolve or die, executives face a world far more complex than that of even a decade ago. Competition, technology, paradigm shifts and globalization make “business as usual” more like “crisis as usual.” As organizations face these challenges, leaders must continually decide how to respond. Turning away is not an option… so how can challenges be addressed in new ways? How can adverse conditions be viewed with curiosity and wonder? Is it possible for your business to thrive when your industry overall is in survival mode?

Aimée Mullins will share how she has chosen to answer these questions and how every individual can adopt the mindset that adversity and change are not to be dreaded, but actually welcomed as exciting parts of today’s “new normal.” From this vantage point, Aimée will share how she creates her path to success by taking the audience on a journey through some of the critical decision points she faced in her life — a life that has seen experiences at the Pentagon, the Olympics, in business, acting, modeling and as the President of the Women’s Sports Foundation. Most importantly, through Aimée’s experiences, listeners will see their personal and professional challenges through a powerful new lens and learn to respond to them in even more authentic, effective and meaningful ways.

“Aimee’s keynote was a huge success at our event! She was the closing keynote and received a standing ovation. Many people have continued to reach out to relay how inspiring she was and what an impact she made on them that continues to resonate. She did an excellent job at weaving our overall theme into her talk, as well as speaking to topics relayed by earlier speakers. Her presence, passion, honesty and vulnerability are the perfect combination that reaches out, grabs the crowd, and keeps them engaged. If you have the chance to book her or hear her speak – don’t miss the opportunity.” 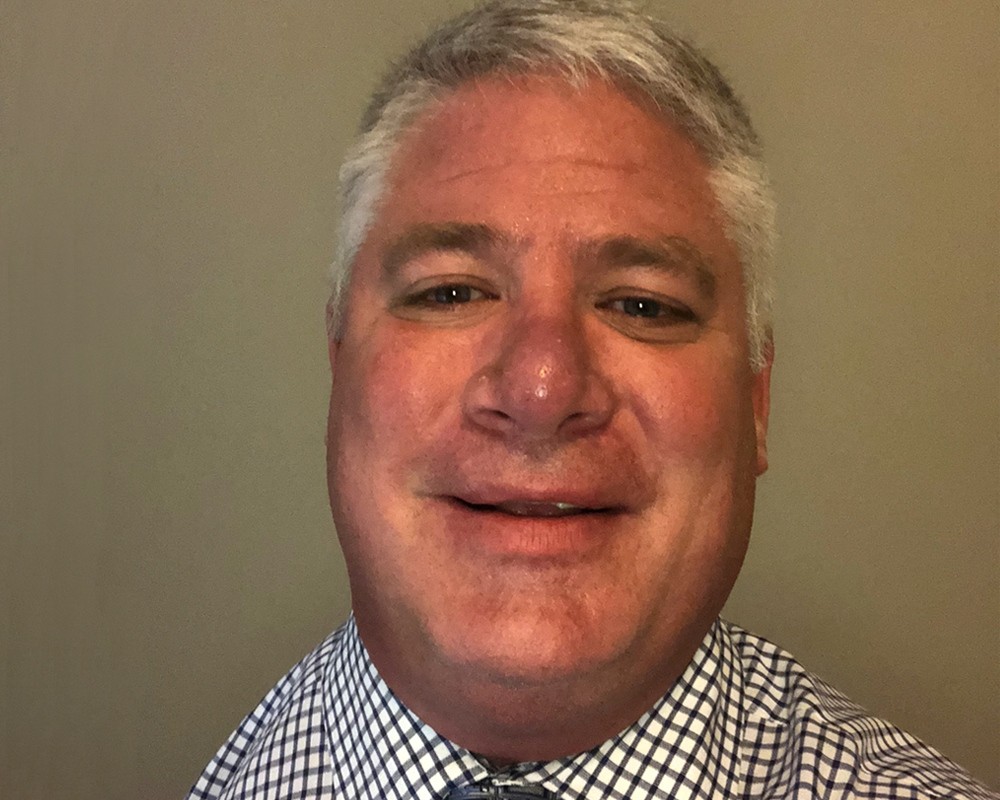 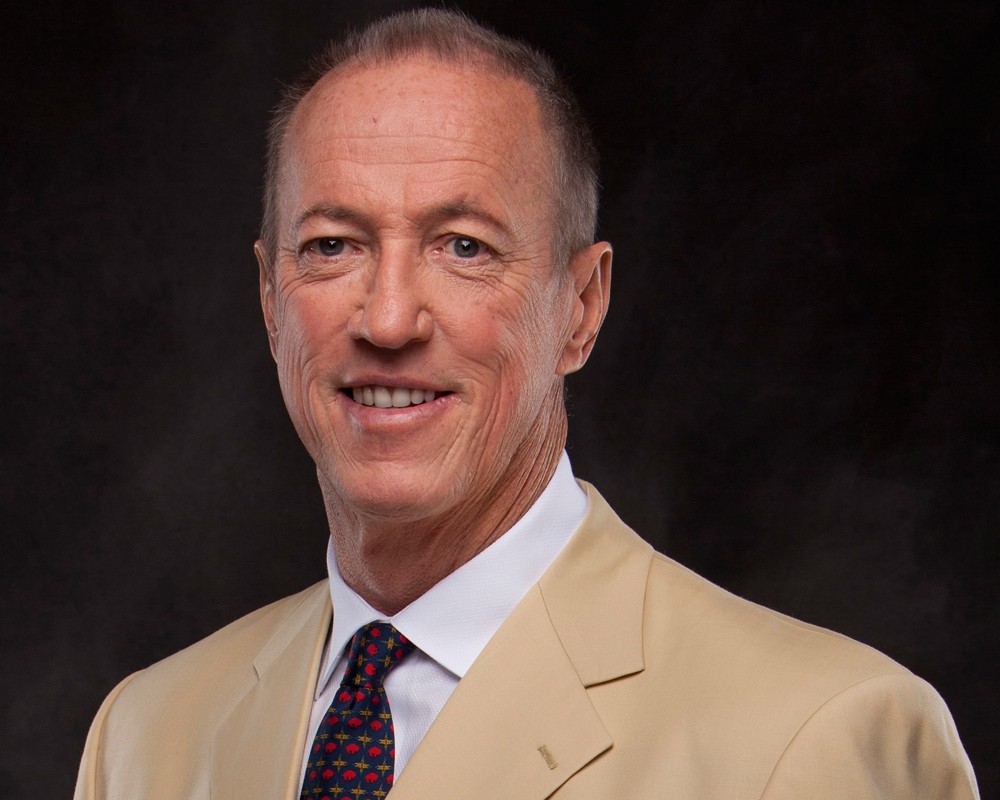 Hall of Fame NFL Quarterback & Speaker
Fee Range: Call For Fee
Inquire About Virtual Fees
Read More
By continuing to browse, you consent to our use of cookies. To know more, please view our Privacy Policy. Hide