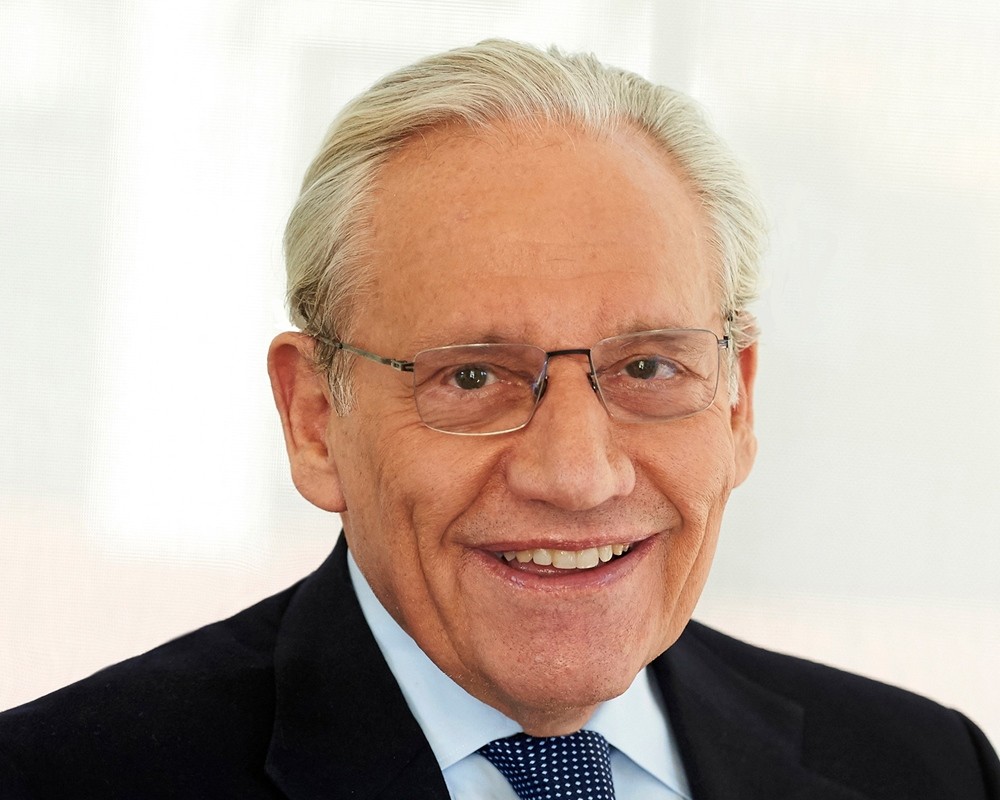 Bob Woodward gained international attention when he and Carl Bernstein uncovered the Watergate scandal in 1973. Since then, he’s worked to shine a light on the inner-workings of secret government. Woodward’s factual, non-partisan revelations to readers and speech audiences provide a view of Washington they’ll never get elsewhere. Woodward has written about the last nine U.S. presidents and chronicled how the power of the presidency has evolved. He is author of 20 bestselling books – 14 went to #1 – more than any contemporary nonfiction writer. His bestseller, Fear: Trump in the White House, is the deepest dive ever made into the first months of any American president. His 20th book, Rage, went behind the scenes of the Trump presidency like never before. His 21st book will look at the final days of the Trump presidency and the early days of Biden’s presidency. In his speeches, Woodward looks at the expanding powers of the presidency and the important lessons that can be learned from the presidents he’s covered. He can also assess the role of the media and how well it is (or isn’t) doing its job. Audiences will be awe-struck by insights from this living journalistic legend. Currently associate editor for The Washington Post where he’s worked since 1971, Bob Woodward has won nearly every American journalism award including two Pulitzers.

Former CIA director and Secretary of Defense Robert Gates wished he’d recruited Woodward into the CIA, “He has an extraordinary ability to get otherwise responsible adults to spill [their] guts to him…his ability to get people to talk about stuff they shouldn’t be talking about is just extraordinary and may be unique.” Therein lays the genius talent of Bob Woodward.

No one else in political investigative journalism has the clout, respect, and reputation of Woodward. He has a way of getting insiders to open up in ways that reveal an intimate yet sweeping portrayal of Washington and the political infighting, how we fight wars, the price of politics, how presidents lead, the homeland security efforts, and so much more. His work is meticulous and draws on internal memos, classified documents, meeting notes and hundreds of hours of recorded interviews with most of the key players, including the president. This is why Fear: Trump in the White House sold more than 1.1 million copies in its first week in September 2018 – breaking the 94-year first-week sales record of its publisher Simon & Schuster – and nearly 2 million copies in hardback, ebook and audio in the first four months.

As a speaker, Woodward pulls the curtain back on Washington and its leaders to captivate audiences with stories that are sometimes surprising, at times shocking, and always fascinating. He blends stories that are both up to the minute and from the past (to provide historical context). Woodward speaks as he writes – crisp and concise – and helps people get behind the spin to understand what’s really going on in the halls of power in an age of 24-hour news, social media, and snarky politics.

Professionally, Bob Woodward is currently associate editor for The Washington Post where he’s worked since 1971. He has won nearly every American journalism award, and the Post won the 1973 Pulitzer Prize for his work with Carl Bernstein on the Watergate scandal. In addition, Woodward was the main reporter for the Post’s articles on the aftermath of the September 11 terrorist attacks that won the National Affairs Pulitzer Prize in 2002.

Bob Schieffer of CBS News said “Woodward has established himself as the best reporter of our time. He may be the best reporter of all time.” Lloyd Green wrote in a review for The Guardian that Fear “depicts a White House awash in dysfunction, where the Lord of the Flies is the closest thing to an owner’s manual.” The Weekly Standard called Woodward “the best pure reporter of his generation, perhaps ever.” In 2003, Al Hunt of The Wall Street Journal called Woodward “the most celebrated journalist of our age.” In listing the all-time 100 best non-fiction books, Time magazine has called All the President’s Men, by Bernstein and Woodward, “Perhaps the most influential piece of journalism in history.”

In November 2017, the online learning portal MasterClass released “Bob Woodward Teaches Investigative Journalism.” In it, Woodward reveals the lessons he’s learned during his career, teaching students what truth means, how to uncover it, and how to build a story with it.

Woodward was born March 26, 1943 in Illinois. He graduated from Yale University in 1965 and served five years as a communications officer in the U.S. Navy before beginning his journalism career at the Montgomery County Sentinel (Maryland), where he was a reporter for one year before joining the Post.

HOW WE GOT HERE – LESSONS FROM TEN PRESIDENTS

Now reporting on his tenth American president, Bob Woodward’s remarkable perspective is unmatched in journalism. The two-time Pulitzer Prize-winning reporter takes audiences on a journey as only he can. From Nixon to the present, Woodward provides firsthand insights from having penetrated the White House, the Supreme Court, the CIA, the Pentagon, the Congress. He analyzes the successes and messes of the presidents he’s covered and offers important lessons – about governing, about presidential leadership during economic, military, and national crises, about the expanding powers of the presidency, and about the role of the media. Woodward’s content is tailored to the interests of the audience and is an in-depth, non-partisan, fact-driven analysis of America’s current state through the lens of history. In the time since he uncovered the Watergate scandal with Carl Bernstein in 1973, Woodward has worked to shine a light on the inner-workings of secret government. In all, he has written 20 nonfiction bestsellers – 14 of which went on to become #1; more than any modern-day author. Woodward is currently at work on his 21st book about the final days of the Trump presidency and the handoff to Joe Biden.

“Bob Woodward KILLED IT yesterday. Most popular speaker we’ve ever had at this event. Thanks for a great suggestion! Now … how are we going to top it next year?!?”

“Over the moon!  One of our founding members at the banquet the last night said, ‘I’ve been attending these meetings for 30 years. This was by far the best ever. None of the others even come close.’ Survey results are already coming in and the results are off the charts.”

“Standing ovations are a rarity at our meetings. You were terrific. Keep up the great work!”

“Mr. Woodward was wonderful. The group loved him. I knew he was an icon but I didn’t realize how enchanted everyone would become with him. It was like Mick Jagger was at our event or a President.” 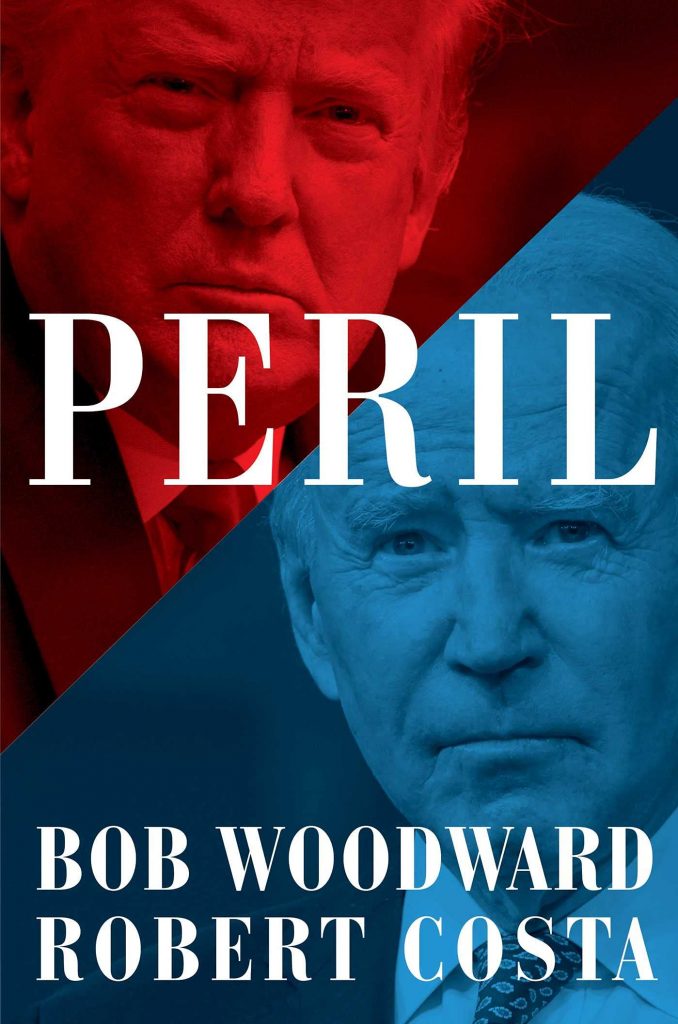 The Last of the President’s Men

The Price of Politics 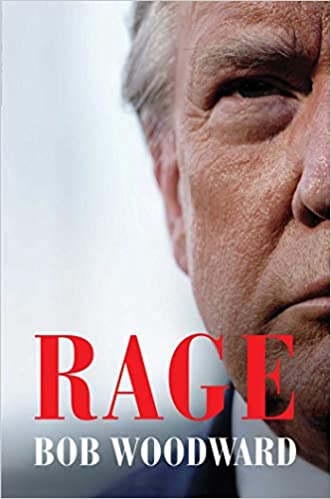 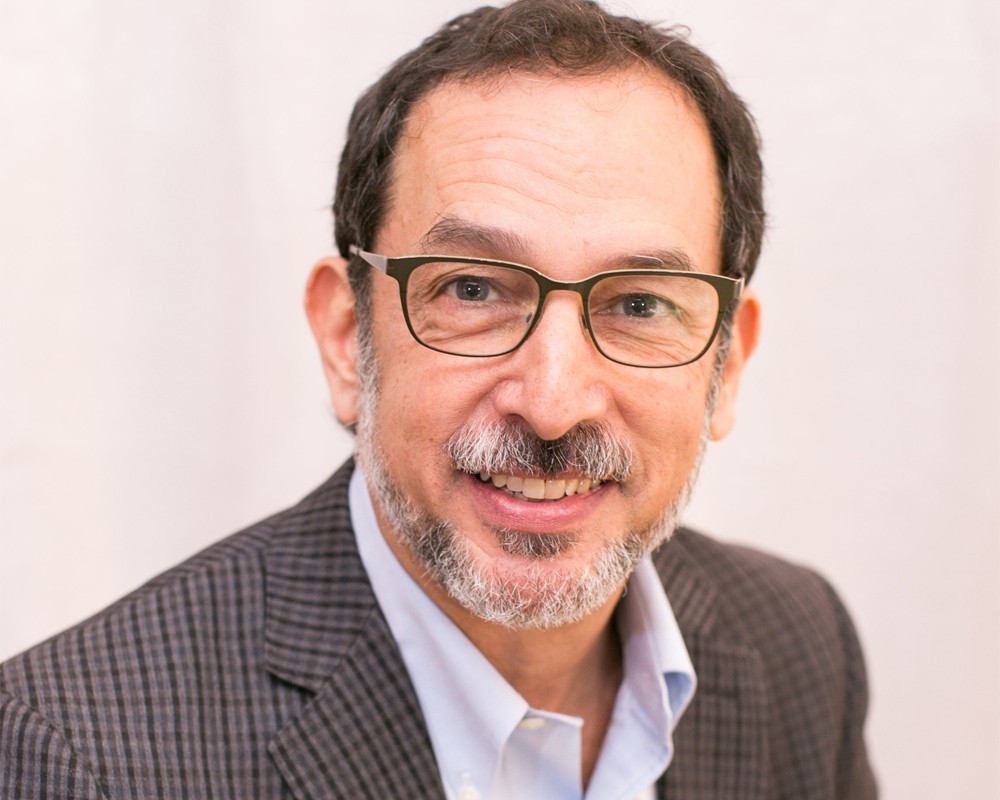 ABC News Pollster and President, Langer Research Associates
Fee Range: Call For Fee
Inquire About Virtual Fees
Read More
By continuing to browse, you consent to our use of cookies. To know more, please view our Privacy Policy. Hide