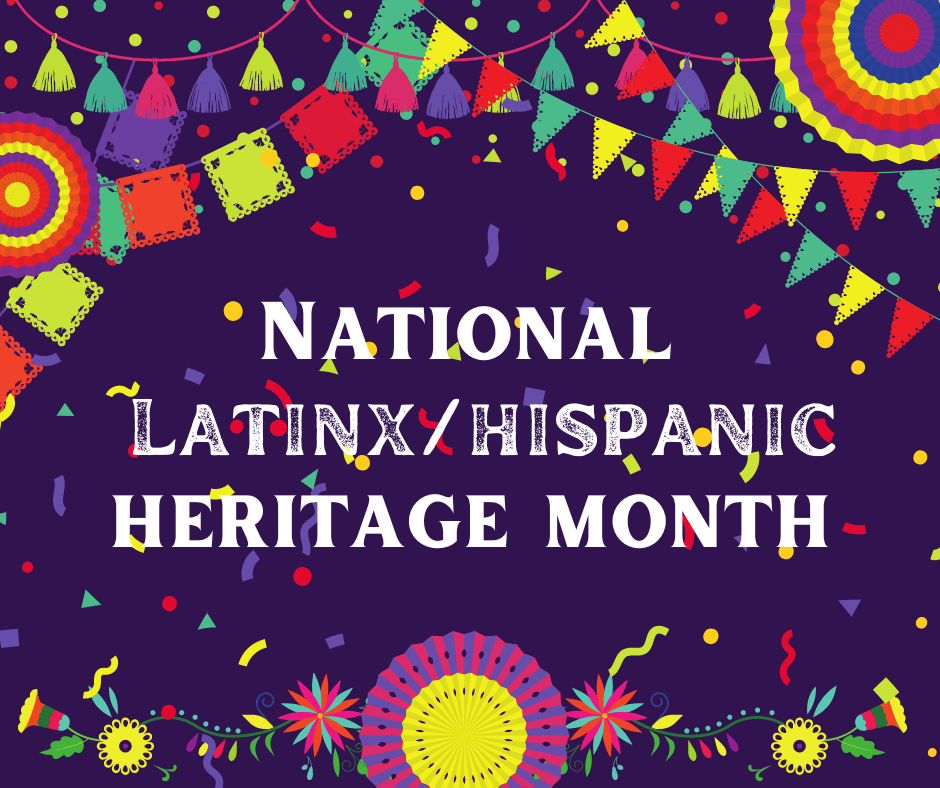 1) Every year, National Latinx/Hispanic Heritage Month has themes for the month to focus on specific areas that are lacking to be represented. This year’s theme is Unidos: Inclusivity for a Stronger Nation. This theme focuses on uplifting and hearing all voices to be represented and welcomed to build a stronger community and nation.

2)  National Latinx/Hispanic Heritage Month begins on September 15th because it coincides with the national independence days for many Latin American countries, including Guatemala, El Salvador, Honduras, Nicaragua, and Costa Rica. Mexico’s national independence day follows on the 16th, while Chile’s occurs on the 18th, and Belize’s is on the 21st.

3) President George H.W. Bush was the first president to declare the 31-day period from September 15th to October 15th as National Hispanic Heritage Month. (Bonus fact: He was a sponsor of the original 1968 Hispanic Heritage Week resolution while serving in the House of Representatives.)

4) In the latter half of Hispanic Heritage Month, Mexicans observe the Día de la Raz (Race Day) on October 12th, which was previously known as Columbus Day. Día de la Raza (Race Day) recognize “the mixed indigenous and European heritage of Mexico.” What’s more, the end of the celebration (October 15th) is only two weeks away from Mexico’s Did de Muertos (Day of the Dead) on November 1st and November 2nd.

5) A person who identifies as Hispanic is from or has ancestors from a Spanish-speaking territory or country. The definition of Hispanic includes individuals from the aforementioned countries, plus Spain, because Spanish is its official language. A person who identifies as Latino, Latina and/or Latinx is from Latin America or is of Latin American descent. The term Latino started appearing as an option on government documents in 1997.

To show our appreciation for National Latinx/Hispanic Heritage Month, check out Deborah Rosado-Shaw and Gian Paul Gonzalez. Deborah Rosado-Shaw, Former SVP, Chief Global Diversity and Engagement Officer of Pepsico, inspires her audience with a featured keynote for Hispanic and non-Hispanic associates that highlights perspectives and actions necessary to build and demonstrate a more inclusive culture that drives organizational growth. Gian Paul Gonzalez delivers keynotes that inspire hope through the power of commitment and positivity that lead the New York Giants to the Super Bowl Championships. Gonzales looks to inspire those inside and out of the Hispanic community by being “All In.”

Eagles Talent appreciates the contributions and impacts the Latinx/Hispanic community has had on our company and the nation. We will continue to honor and recognize those from the past, present, and future to make the world a better place for all groups of people.