The Joy of Stress: Humor as a Coping Mechanism 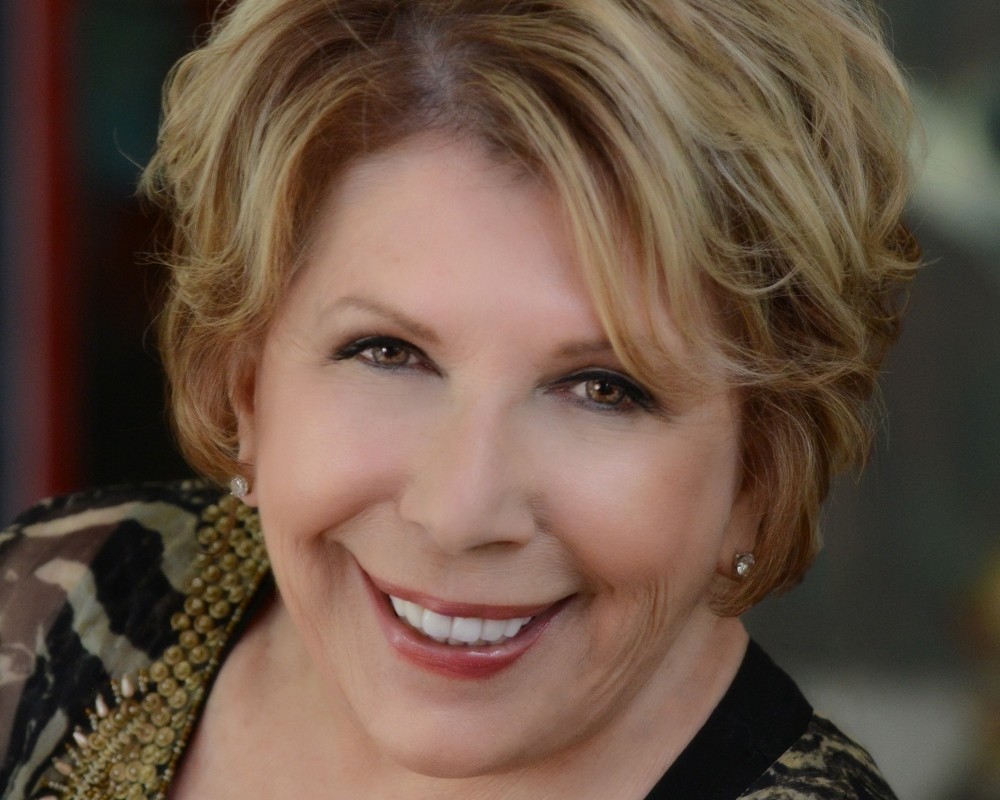 Loretta LaRoche is an acclaimed speaker, author and international stress management and humor consultant who has evoked wit and irreverent humor on her audience for over 30 years. Using humor to reframe a stressful situation, Loretta captures a new perspective on the difficult parts of life. Her teaching style, credibility and incontestable humor are integral parts to her compelling presence.

She is on the Mass General advisory council for anxiety and depression and is founder and president of The Humor Potential, Inc, a company offering programs and products for life style management. Loretta’s special brand of optimistic psychology has an undeniable positive effect on the health of all that are exposed to her.

Loretta LaRoche writes a weekly newspaper column titled, ‘Get a Life’, Sane Wisdom for an Insane World, which is featured in the Patriot Ledger every Monday and syndicated throughout the country by GateHouse Media.

Loretta has toured with The Power Within sharing the stage with Lance Armstrong, Former President Bill Clinton, Ellen DeGenres, Anthony Robbins and many other great leaders.

As an acclaimed author, she has toured with the Hay House, “I Can Do It!”conferences. She has shared the stage with acclaimed authors such as, Dr. Christian Northrup, Suze Orman, Louise Hay, Dr. Wayne Dyer, Collette Baron Reid, Lisa Williams, Cesar Millan and more.

Organizations worldwide use Loretta’s prescription for laughter to manage stress in the workplace and improve morale. Her energetic conferences and keynotes serve to improve learning skills and leave her audiences in an enthusiastic frame of mind. Clients such as IBM, The New York Times, Fidelity Investments, Microsoft, the U.S. Dept. of Labor, Huffington Post, The Swatt Institute and NASA, just to name a few, have used her material to defeat stress. She is a well-recognized TV personality on PBS with seven one-woman television specials airing on 80 PBS stations across the country and a Hay House best-selling author of 8 books. She has been nominated for local and prime time Emmy Awards, and has appeared on CNN, ABC, NBC and FOX affiliates.

The Power of Humor and Optimism
The WOW Factor
Kick Up Your Heels Before: You're Too Short to Wear Them
Life Is Short-Wear Your Party Pants (10 Simple Truths That Lead To An Amazing Life)
The Positive Side of Stress (Finding the Bless in this Mess)
How to Prevent Hardening of the Attitude (Reducing Stress in the Workplace)
Parenting with Humor and Optimism (Is It Possible?)
Life Is Not A Stress Rehearsal (Bringing Yesterday’s Sane Lifestyle Into Today’s Insane World)
Authentic Happiness: It Takes Courage to be Happy
How to be a Wild, Wise and Witty Woman (The Wit and Wisdom of Womanhood)

A life that is fulfilling is predicated on discovering how to use thoughts, feelings, and behaviors to enhance our mental and physical well being. Many of us go day to day hypnotized by internal dialogue that leads us down the path of negativity and unhappiness. It is often the result of parental and societal messages, but it can also be an inherited predisposition towards depression and/or anxiety. Optimism, which is a resiliency based model, can be taught. It is not the fairy tale concept of simply thinking “positive thoughts”, but rather an explanatory style. When we add the ingredient of humor, our ability to handle life’s inevitable ups and downs becomes more accessible.

(Wisdom, Openness, and Wonder as a benchmark for living well) We’ve all met enthusiastic, energetic people that leave us wondering what they could possibly be “on” to be the way they are. Most individuals today report fatigue and stress as a way of life. There are a myriad of causes, but the most prevalent problem is the notion that life is a constant series of tasks that need to be accomplished and expedited quickly. As a result taking care of one’s health and happiness becomes secondary to making sure everything is done by the end of the day. Ironically this mentality actually drains our resources and dampens the very thing we need to have a productive life which is energy, or a feeling of “WOW”. Our ability to use our wisdom, be open to new ideas and experience wonder in the everyday is exchanged for a robotic mentality based on forging ahead. When we are in a “WOW” mode relationships flourish, success is more attainable, and we tend to feel more energetic.

With her trademark humor and practical wisdom, Loretta LaRoche shows you how to live a long, healthy, and juicy life by mastering your body and mind—before you lose them! This event is filled with useful advice, spirituality, and (of course) loads of laughter. Live a life centered on learning, loving, and laughing. Create soul-stretching attitudes and trade old behaviors for bold behaviors—adding years to your life and “juice” to your years! Loretta provides an evening of exploration, creativity and fun. Come prepared to see a show filled with fun and discover the possibilities of a more powerful you. You’ll leave revitalized, inspired, and with renewed passion for living a juicy life!

Loretta will give you the tools you need to not only reduce feelings of tension, but also bring joy, passion and gusto to your life She gives you dozens of proven techniques for recognizing the ten simple truths that will lead you to an intense, happy successful life: resilience, living in the moment, optimism, acceptance, humor, creativity, moderation, responsibility, meaning and connection. As Loretta says; ”Yesterday is history, tomorrow is a mystery, and today is a gift- that’s why they call it the present.”

Join Loretta in discovering that “stressed spelled backwards is desserts.” Explore the possibilities that can help us use stress as an ally rather than the enemy. Learn to become more resilient, creative and joyful.

Our work literally takes up most of our lives. Therefore, it would make sense for us to choose to enjoy it. Find out how to look forward to Monday instead of enduring until Friday! Discover how thoughts, feelings, and behaviors can affect work performance, relationships and our own self worth.

“Sit down, stop it, clean your room, don’t use my good scissors!” Sound familiar? Can we raise a responsible human being using optimism, joy and good humor without resorting to awfulizing and catastrophizing? Explore the possibilities of having a family that laughs and supports each other.

For most of us life has become a pressure cooker of unrealistic expectations, information overload, relentless marketing and workaholism that we spend our days stressed out over being stressed out. Loretta makes us see the wisdom of a more civilized time when no one carried a cell phone during a peaceful walk on the beach. With her contemporary wit and a hearty dose of old-world wisdom, Loretta brings a breath of fresh air for everyone who’s suffocating in our techno crazed, germ-phobic, “ go-go-go” world.

One of the most self-defeating concepts in the modern world is the pursuit of happiness. Not because it is not without merit. Since we all know that feeling good far outweighs feeling bad. It is “how” we go about it that has helped create the epidemic of self-entitlement, depression, lack of humor, and outbursts of anger that permeate the culture. We cannot buy, or demand happiness. Loretta LaRoche, a pioneer in the field of stress management using humor as a coping mechanism, now brings you her newest work…”It takes Courage to be Happy”… She brings newly discovered life-transforming answers to how we can change our lives, mentally, physically, and spiritually through a series of groundbreaking information and exercises that show the connection between happiness and human behavior…

“We are women hear us roar!” Is it possible to climb the corporate ladder, pick up toys, be a domestic goddess and not lose your mind? Discover the fun in the feminine as we share the wit and wisdom of being a woman.

“She was fantastic! She read the audience perfectly and got them moving!”

Kick Up Your Heels…Before You’re Too Short

Life Is Short-Wear Your Party Pants

Relax – You May Only Have a Few Minutes Left

Life is Not a Stress Rehearsal : Bringing Yesterda 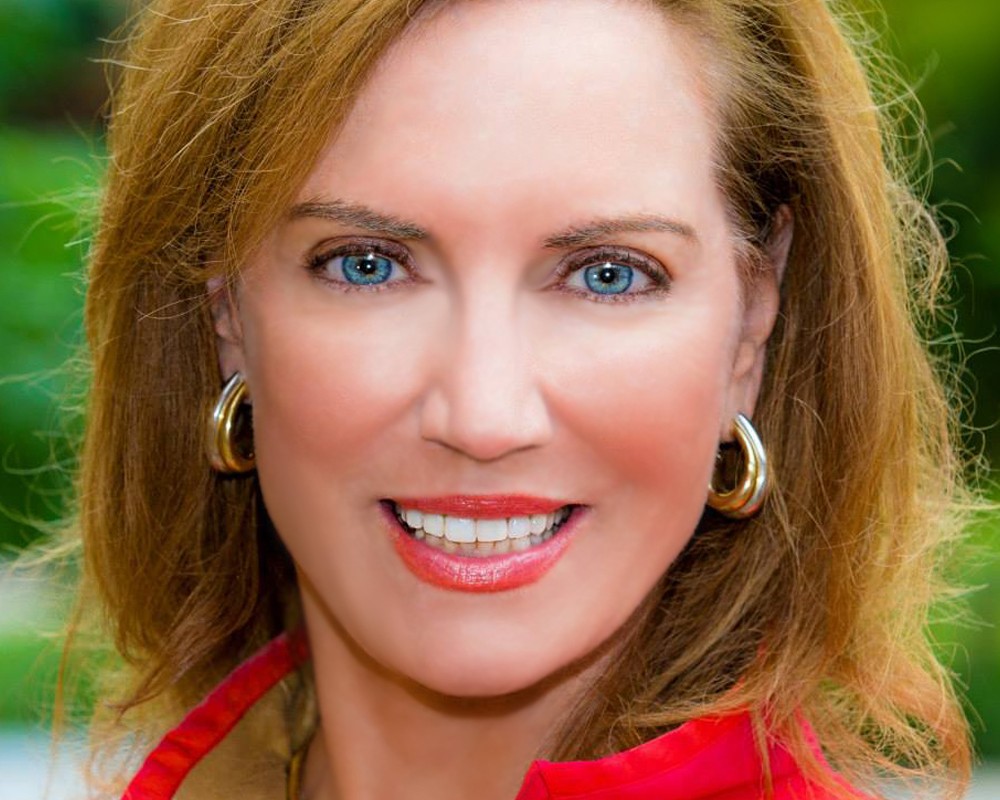 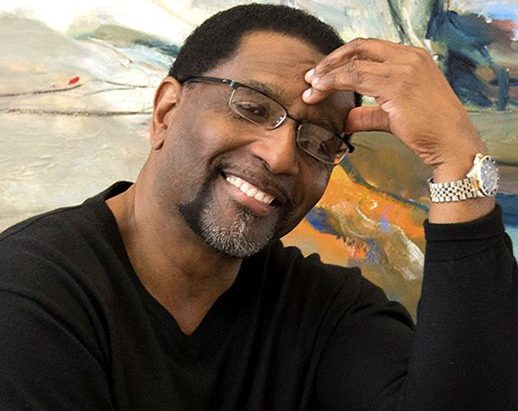 Empowerment Speaker: Creator of The Journey Workshop©, a high-impact, non-traditional empowerment tool for helping underprepared and first-time-in-college students achieve higher levels of academic success.
Fee Range: $5,001 - $7,500
Inquire About Virtual Fees
Read More
By continuing to browse, you consent to our use of cookies. To know more, please view our Privacy Policy. Hide