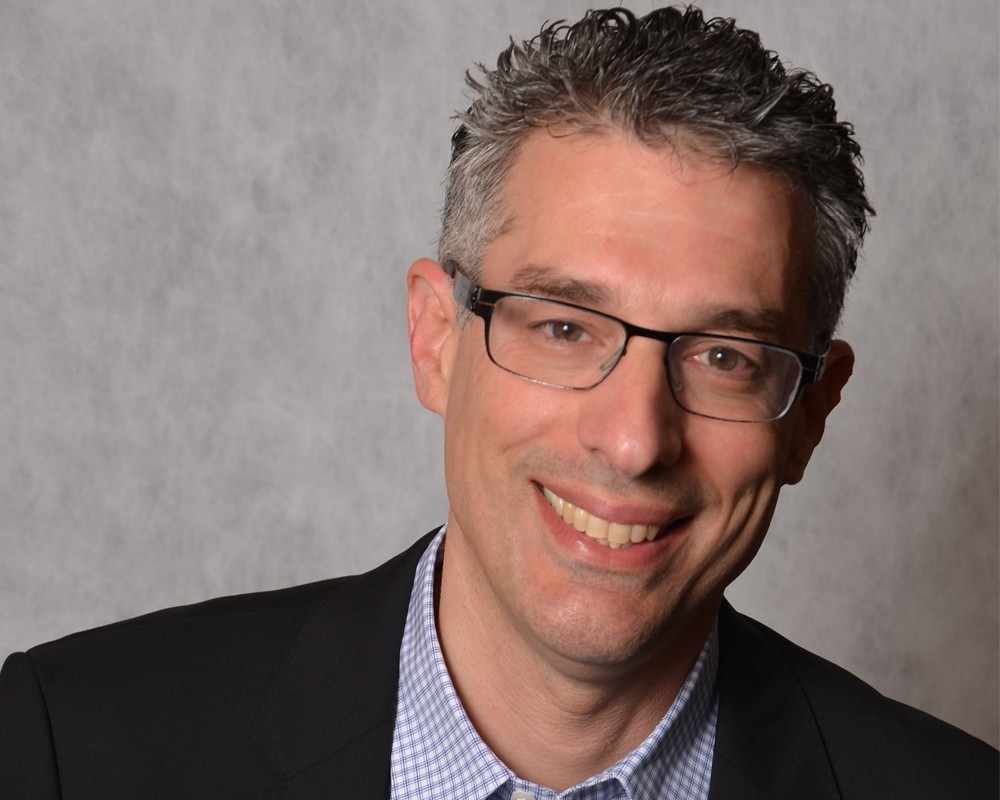 Robert Safian is one of the most sought after speakers, moderators and interviewers in modern business. From leadership positions at Fast Company, Time, Fortune and Money, to incisive analysis across multiple TV networks, podcasts and digital platforms, Safian has been lauded as an unparalleled source of insight on the future of global enterprise. He is not only among the most acclaimed publishing executives in history but has deep relationships across the C-suite in multiple industries, accessing the cutting-edge developments that are reshaping our world.

For decades Safian has chronicled thousands of odds-defying organizations and leaders, uncovering their secrets of success. He synthesizes their lessons into eye-opening and thoroughly entertaining presentations filled with compelling storytelling. He is warm and approachable, and an expert at working with event organizers to personalize his presentations for each audience. Whether assessing a startup in Detroit, the tech scene in Palo Alto or an iconoclast in Shanghai, Safian is constantly translating what is next and new to the mainstream. By presenting stories of the people behind innovative business thinking, he provides hope to millions of talented professionals, entrepreneurs and leaders that meaningful change is possible.

Safian has been propelled by a reputation for near-clairvoyant prediction. He was the first editor to put Facebook’s Mark Zuckerberg on a magazine cover and covered Airbnb, Netflix and Uber long before they were household names. For nearly twelve years he led the influential, award-winning business magazine Fast Company, turning it into the world’s leading progressive business media brand. He was named Editor of the Year by Adweek, and earned the highly coveted National Magazine Award for Magazine of the Year in 2014, beating out rivals including The New Yorker, The Atlantic, The New York Times Magazine and more.

Prior to Fast Company, Safian was the executive editor for Time and Fortune and headed Money as its chief editor for six years. He is a frequent guest on CBS, CNN, CNBC, MSNBC and other TV networks.

His latest projects include The Flux Group, an advisory firm that is driving awareness of new business practices to both individual companies and mass-market audiences; The Flux Network, a special invitation-only community of leading thinkers, creative collaborators and idea generators; and a highly-anticipated forthcoming book on the reinvention of business that is identifying how leaders at all levels can best adapt and thrive in today’s high-flux environments and turn disruption to their advantage.

In addition to all of Safian’s wide experiences, pool of knowledge, and deft storytelling skills, he is also warm, approachable, and an expert at working with event organizers to personalize his presentations for each audience.

Leading in the Age of Artificial Intelligence
How To Succeed In The Age of Flux: Leadership That Matters
Lessons of the World's Most Innovative Companies
How Breakthrough Leaders Thrive Amid Chaos
Is Your Enterprise "Fluxing" Toward The Future?
...and Safian is a World-class Moderator

Recently, Netflix quietly deleted all the remaining user reviews on its service. And just like that, CEO Reed Hastings completed the latest shift in his company’s ever evolving strategy: away from the wisdom of crowds in its content recommendations, in favor of the wisdom of the machine. The algorithm is now firmly in charge at Netflix—as it increasingly is across the economy.

The implications of artificial intelligence and the rise of the algorithm have never been more relevant, more important, or more complex. Discussion and consternation about AI has reached culture-wide status, and an essential, worthwhile dialogue. Yet in the big picture, the bottom-line is irrefutable: Tech’s newest wave is upon up, and there’s no going back. Whether you run a big public company or a nascent startup, whether you are inside academia or in the nonprofit world, whether you oversee a team or contribute to the operations of an enterprise, understanding AI’s emergence is central for all of us. In this presentation, Robert Safian explores five lessons that underscore how AI and the algorithm is redefining business and organizational leadership—including the biggest lesson every leader and businessperson needs to grapple with to thrive in this era.

Modern business is pure chaos. To succeed in an environment of constant change requires a whole new approach. Only those organizations and individuals that embrace uncertainty and seek opportunity in disruption will be poised to thrive.

How do we recalibrate our assumptions? Our business models? Our careers? The vast bulk of our institutions — educational, corporate, political— are not built for flux. While many leaders talk about emphasizing agility, there is still an incomplete understanding of what that really means.

In a talk that draws on the research for his highly-anticipated forthcoming book, Robert Safian—who coined the phrase Generation Flux—delves deep inside cultures from Nike to Starbucks, Airbnb to Warby Parker. He shares examples of Flux Leaders at all levels who are reinventing business, connecting the diverse perspectives of big-brand CEOs, upstart entrepreneurs, and the creative thinkers who power today’s innovation economy.

In the process, Safian presents a compelling framework for re-imagining the status quo. He offers a narrative that is incredibly illuminating and entertaining, one that business audiences have fallen in love with again and again..

In this informative and enlightening presentation, Robert Safian unlocks the key lessons of what makes breakthrough businesses stand apart in today’s hypercompetitive marketplace. He shares his firsthand experience with the likes of Apple, Starbucks, and Under Armour, offering insights on today’s most innovative companies. He shows how companies can thrive, even in tough times, by embracing the power of innovative ideas and creative execution.

The word “innovation” has been co-opted and tarnished, spread through marketing campaigns and corporate titles so recklessly that its meaning has become diluted. But true innovation remains an extraordinary engine for success. By examining the inside workings of today’s most innovative companies—including breakthrough startups like Snapchat, Spotify, and more—Safian shows how businesses and businesspeople in all industries can thrive, even in challenging times.

This may be one of the most intriguing leadership speeches you will ever experience. Safian shares the inside stories of amazing leaders who have transformed their organizations and their industries in the face of constant change in culture and business.

He explores how and why these leaders turn the threat of change into a vast pool of opportunities, by motivating and developing a talented workforce to creatively capture these opportunities. Both inspiring and educating, Safian zeros in on the power of purpose and mission, explaining how and why a redefinition of leadership is sweeping through the world’s top organizations, In the process, Safian reveals the tools and mindset necessary to become a breakthrough leader.

No one has a crystal ball anymore. With the rising pace of competition and ever-changing consumer demands, it’s become extraordinarily difficult for business leaders to build and maintain long-term plans. And yet it is that long-term perspective that enables outsized success.

Robert Safian, who built a reputation for near-clairvoyant prediction as the longtime editor of the award-winning innovative business magazine Fast Company, provides a disciplined framework for managing in a world of constant flux. He provides distinct guidelines for assessing new information and developments, and illuminates how to incorporate elements of agility and adaptation to help fuel future success.

As technology, business and culture collide, spawning new trends, new ideas and new movements in rapid-fire sequence, we all need new tools for managing the ever-changing landscape. Audiences walk away from Safian’s presentation with the perspective necessary to implement a “flux” approach to their lives and their business.

Getting to the heart of the story and digging to find insights that will resonate long after your event is over is Robert Safian’s specialty. One of the best interviewers of our generation, he deploys a warm, disarming style, able to weave hard-hitting topics and emotional reflections into a compelling narrative. He also has an innate ability to tie varying speeches and panels together into one central message, creating more effective and entertaining general sessions.

“Robert Safian was the perfect speaker for our Leadership and High Performance Conference. The audience loved him.”

“Yesterday’s appearance was fantastic! Bob was a pleasure to meet and see in action. An interesting presentation and audience participation was exactly what VMware was looking for and they got it. He stayed and additional hour listening to the following panel discussion before departing.”

“Bob Safian was an excellent speaker at our annual meeting. His keynote really resonated with our audience because of his intimate knowledge of events and the challenges that our attendees face on a day-to-day basis. His thought-provoking session provided valuable insight, allowing our audience to immediately connect with him. It was the perfect kickoff to start our annual event.”

“I wanted to take a moment to thank you for delivering such a thought-provoking experience at our Leadership Forum this week. In talking to my team, it was clear that they heard your message. A “Fast Company” must relentlessly question, collaborate and challenge assumptions. Thank you again for reminding us to use a wide lens on our work.”

“Great Job Again! And he was so wonderful to work with. It no secret why we keep coming back to him.”

“Thank you Bob for making our Sales Kickoff Meeting a huge success.” 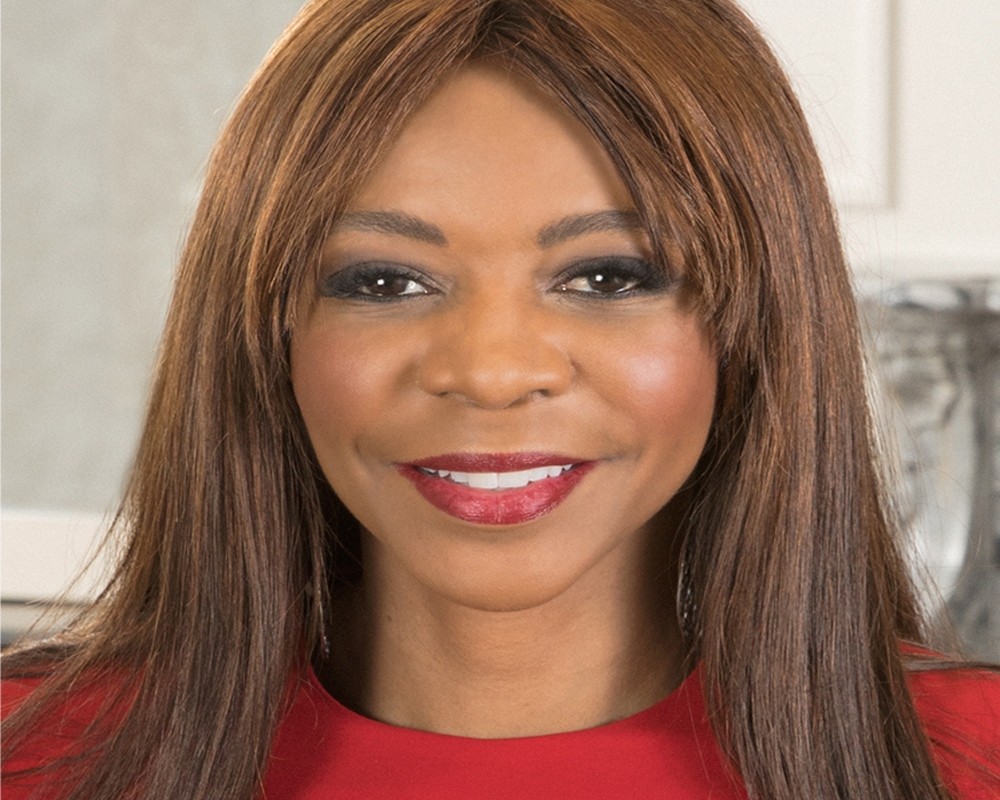 President, Eurasia Group, Expert on Global Politics & Risk Management and Best-Selling Author
Fee Range: $75,001 - $0
Inquire About Virtual Fees
Read More
By continuing to browse, you consent to our use of cookies. To know more, please view our Privacy Policy. Hide