How To Listen to Celebrity Soundbites From Anywhere

In the fast-paced business world, choosing the right speaker for your next event may seem like a daunting and time-consuming task. But did you know that you can listen to some of the top speakers on Eagles Talent’s Official Soundcloud page? From inspirational storytellers to business entrepreneurs, the world’s most talked about speakers are now only a click away. Whether you’re driving in the car or on the morning train to work, you can listen to exclusive content on-the-go. Our podcasts interviews, speaker soundbites, and keynote samples will bring you one step closer in your speaker selection process.

Listen to some of our top Celebrity Speakers from our latest Soundcloud Celebrity Soundbites series below! 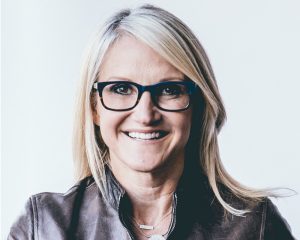 Mel Robbins is a serial entrepreneur, best-selling author, internationally recognized social media influencer, and one of the most sought-after motivational speakers in the world. Her digital platform inspires more than a million people each day with transformative videos, articles, positive psychology research, and inspiring content. Mel’s latest book, The 5 Second Rule, has been translated into 36 languages, was 2017’s #1 audiobook in the world, and is one of the top five most read books on Amazon. Her TEDx talk about change has more than 17 million views. In the fall of 2019, her brand new daytime syndicated talkshow, The Mel Robbins Show, is going to be airing five days a week on TV nationwide. Read More…

In this Soundcloud Celebrity Soundbite, Mel helps her audience decide what they really want in life by setting high goals. 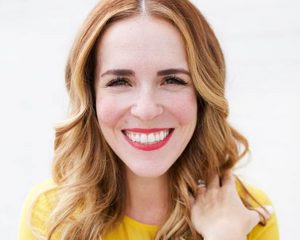 Rachel Hollis is a best-selling author, tv personality, public speaker, CEO, and mother of four. Rachel was named by Inc. Magazine as one of the “Top 30 Entrepreneurs under 30” and she is deeply passionate about empowering women in business. As a speaker, Rachel brings her infectious and inspiring energy to every person she meets. Motivational, inspirational, and always approachable, Rachel’s tell-it-like-it-is attitude is a refreshing approach that allows her to authentically connect with audiences everywhere. Read More…

In this Soundcloud Soundbite, Rachel dispels the old “fake it till you make it” myth while encouraging audiences to acknowledge and own their personal stories. 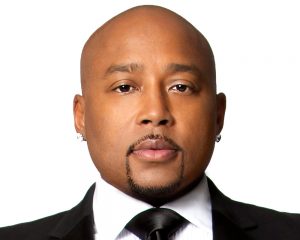 Founder and CEO of FUBU; Star of ABC’s Shark Tank; CEO of Shark Branding and New York Times Best-Selling Author. From his wildly successful role on ABC’s smash hit, Shark Tank, to his distinguished status as a Presidential Ambassador for Global Entrepreneurship, Daymond John has become globally recognized for his relentless commitment to promoting and supporting entrepreneurs. Daymond initially made his mark as the entrepreneur and branding expert behind the groundbreaking lifestyle brand, FUBU, which has eclipsed more than $6 billion in global retail sales. Read More…

In this Soundcloud Soundbite, Daymond shares his journey from selling hats in Union Square to becoming one of the most successful entrepreneurs in the world. 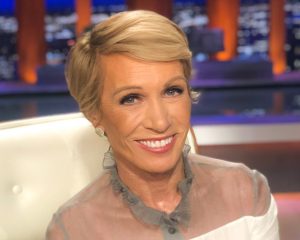 Barbara Corcoran is the Founder of Corcoran Group and the Chairman of Barbara Corcoran, Inc. Her credentials include straight D’s in high school and college and twenty jobs by the time she turned twenty-three. It was her next job, however, that would make her one of the most successful entrepreneurs in the country, when she borrowed $1,000 and quit her job as a waitress to start a tiny real estate company in New York City. Over the next twenty-five years, she’d parlay that $1,000 loan into a five-billion-dollar real estate business and the largest and best-known brand in the business. Read More…

In this Soundcloud Celebrity Soundbite, Barbara shares how some of her biggest business successes happened on the heels of failure. 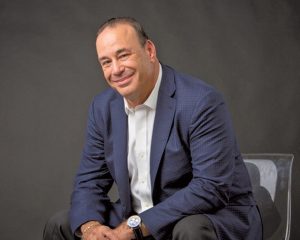 An international celebrity, highly sought-after hospitality industry guru, and creator, executive producer and star of Spike TV’s number-one show, Bar Rescue, most people know Jon Taffer as a larger-than-life television personality who takes a no-holds-barred approach to helping hotels, restaurants and bars reach their full potential. What most might not know, however, is that Taffer’s impressive industry experience dates back nearly four decades— and includes everything from consulting for hundreds of thousands of properties and Fortune 500 companies, to creating what industry experts call “the greatest nightclub in the world.” Read More…

In this Soundcloud Soundbite, Jon encourages his audience to escape the cycle of mediocrity by breaking down the concept of success.

Listen to more Celebrity Soundbites like these, and other exclusive content, here. Interested in one of these speakers? Visit www.eaglestalent.com or call our office at 1.800.345.5607 for more information.